#eoqmadness and a $2 million day

It was pretty clear that September 30th would be a monster fundraising day as the end of quarter deadline approached, with a government shutdown looming and our daily fundraising totals regularly reaching $500k.

The day did not disappoint – it was our third biggest day ever in terms of the number of donors who gave (61,414 – our favorite stat!) and sixth biggest in terms of overall dollars given ($2,173,118). The impending government shutdown and Republican obstructionism highlighted the reasons that we all need to work to put Democrats in office, and supporters channeled their anger and frustration into support and donations. We’re hoping for a speedy and reasonable resolution, but this mess is evidence of how important it is to ensure Democrats win in 2014.

Take a look at our September volume chart. You can see the huge spike on the last day of the month: 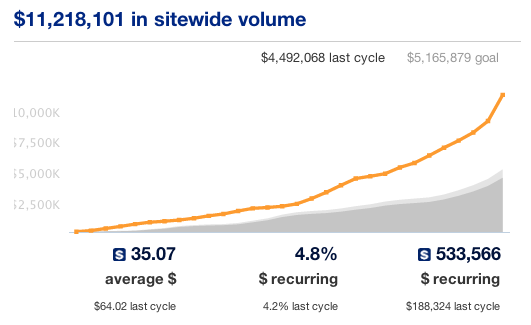 The money went to 1,831 campaigns and committees, compared with just 1,388 in 2011. This is a testament to the fact that more campaigns are jump-starting their fundraising programs earlier this cycle. That fact, plus the dwindling average contribution amount, are important because they show that campaigns will have better organizational foundations and wider supporter bases, meaning they’ll be more prepared to take on Republicans next fall. You can dig into the numbers more here:

We’ve been working on a few of our own projects here in order to make the donation process easier. That’s great for campaigns, who see the benefits in their conversion rates and dollars raised. In the end though, it’s all of our donors who made this amazing end of quarter possible.

Our stellar tech team launched mobile-responsive forms this month (you can read more about that feature here) and saw a huge uptick in percentage of mobile contributions. A fifth – 20.5% of new contributions in September ’13 were made via mobile, compared to 9.6% in August ’13 and a meager 7.1% in September ’12. Keep in mind that we launched mobile responsive about halfway through the month, so we didn’t even get to see it’s full effect. We can’t wait to watch that number grow and help campaigns and groups raise more money on mobile.

This month we also released Express Lane, our one-click donation system for donors who have saved their payment information, to the first round of campaigns just in time for #eoqmadness. It’s a pretty big deal for us, and the fact that the number of donors in September ’13 (319,890) was more than triple the number in September ’11 (70,156) shows that we’ve made the donation process incredibly simple for supporters.

Express Lane has just started to roll out, but we know it’ll grow bigger and bigger going forward. We increased Express users by 36,639 in September alone, bringing our total to 644,910. As more campaigns use ActBlue for their fundraising, more users convert to Express accounts, meaning the Express donor pool increases for all Democrats and progressives. Together, we’re building a stronger movement. 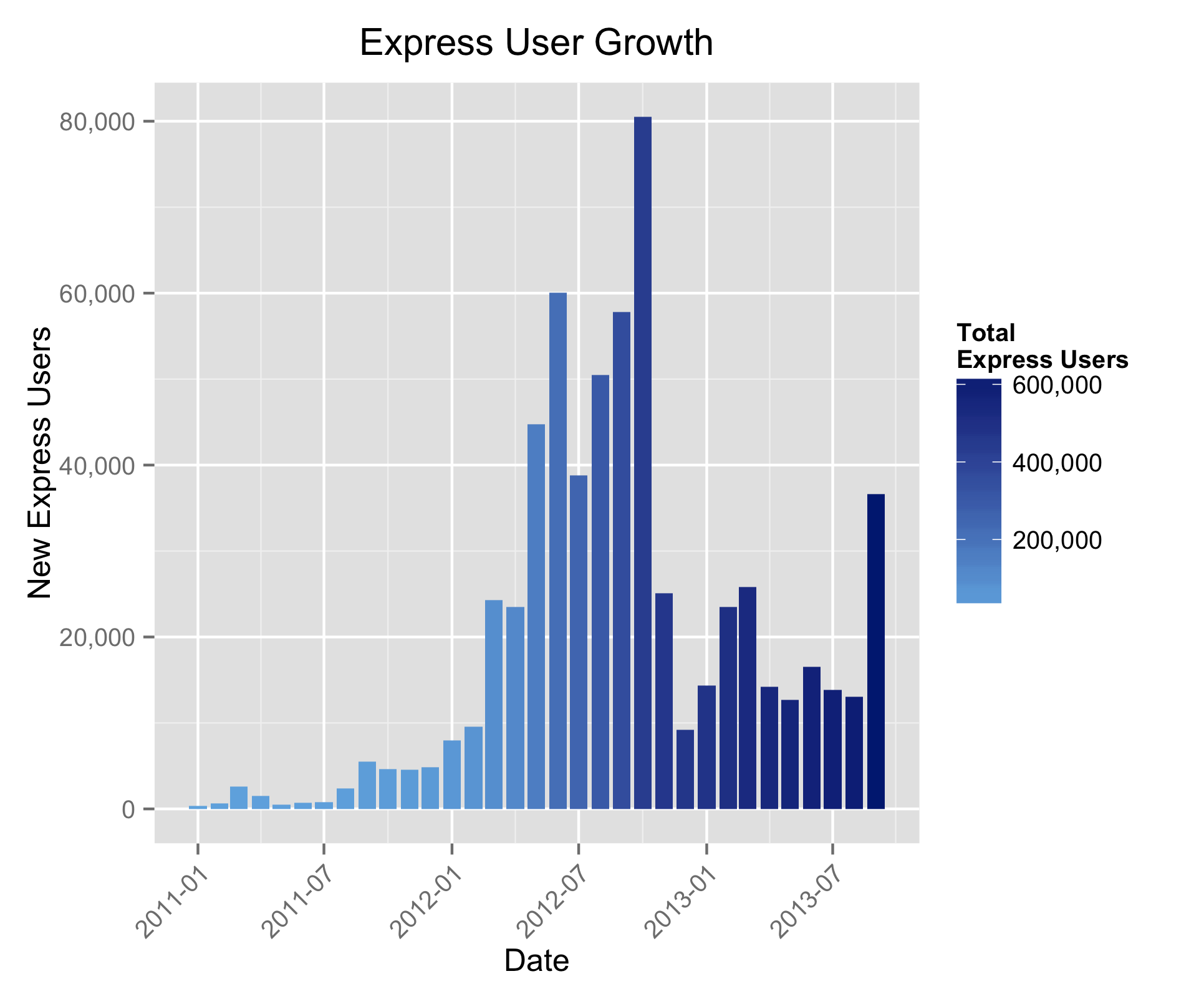 The new and improved features, engaged campaigns and committees, and dramatically increased participation give us hope for 2014. It’s sure to be a tough electoral season – especially when we’re all dealing with Koch money and Republican stubbornness – but if this month was any indication, early planning is going to pay off.