It’s the month of costumes, leaf-peeping, and worst to first Sox victories (we are from Boston, after all). But mostly it’s the make-or-break month for countless campaigns. That means Saturday morning door knocking and Monday night phone banking and the last big fundraising pushes.

Unfortunately, this October was also tainted by a government shutdown. While we can’t say there’s a silver lining to it all, we did see some of the anger and frustration we all felt towards Republicans channeled into getting more Democrats and progressives elected in 2014.

Take a look at the September and October daily fundraising numbers. September was a typical month in that the daily totals build gradually. October, on the other hand, started with strong numbers due to the shutdown. The numbers mostly held steady for the rest of the month until the normal uptick during the end of month fundraising push.

In an odd twist of fate, we hit 6,666,666 contributors on Halloween. Spooky, but awesome! We’re happy to be seeing more people participate in democracy every day. Our witching hours on October 31st were spent guiding campaigns with their end of month fundraising and obsessively checking the ActBlue Dashboard, watching the contributions come in. We ended the month with a bang, raising $377,040 from 5pm-midnight on that last day, which put us over $10 million raised for October.

**We also may have spent some time looking at corgis in costumes. 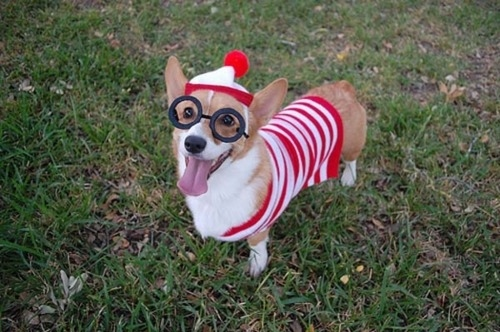 Here’s how the numbers broke down compared with the past few years:

That $10 million total for October is huge when you compare it to the $3.8 million we raised in October ’11, the last off-year. What’s even better is that the number of people donating nearly quintupled (!), going from 61,438 to 289,808. That also means the average contribution size came way down–from $62.79 in 2011 to $34.70 last month. Even in October ’12, when we processed a whopping 825,893 donations, we still had an average contribution size of $42.24, almost $10 higher than in October ’13. Nothing makes us happier than to see that number free fall while the total amount of money coming in continues to go up.

We’re happy the $10 million we helped raise was powered by so many more people because it reflects our mission–to facilitate grassroots movements–but also because it means that campaigns are getting an early jump on fundraising. $4,656,448 of the total that we raised was for candidates with elections in 2014, and that’s not including committees or organizations who will put resources toward those campaigns. The money these candidates are raising now is going towards building field infrastructure, hiring great staff, and mobilizing supporters. Those tasks are all crucial to running a successful campaign, and they can’t be done in a day or a month.

Internally, we spent a lot of time working on new projects and infrastructure so we’ll be ready come next October (it’s poised to be a big one–we raised $35 million in October ’12, and we expect to beat that number). We launched the ActBlue Tutorial, where we teach you how to use all the ActBlue tools and how to do online fundraising the right way. We’re hoping it will be a great resource for campaigns in the coming year, especially when their fundraising efforts really ramp up. 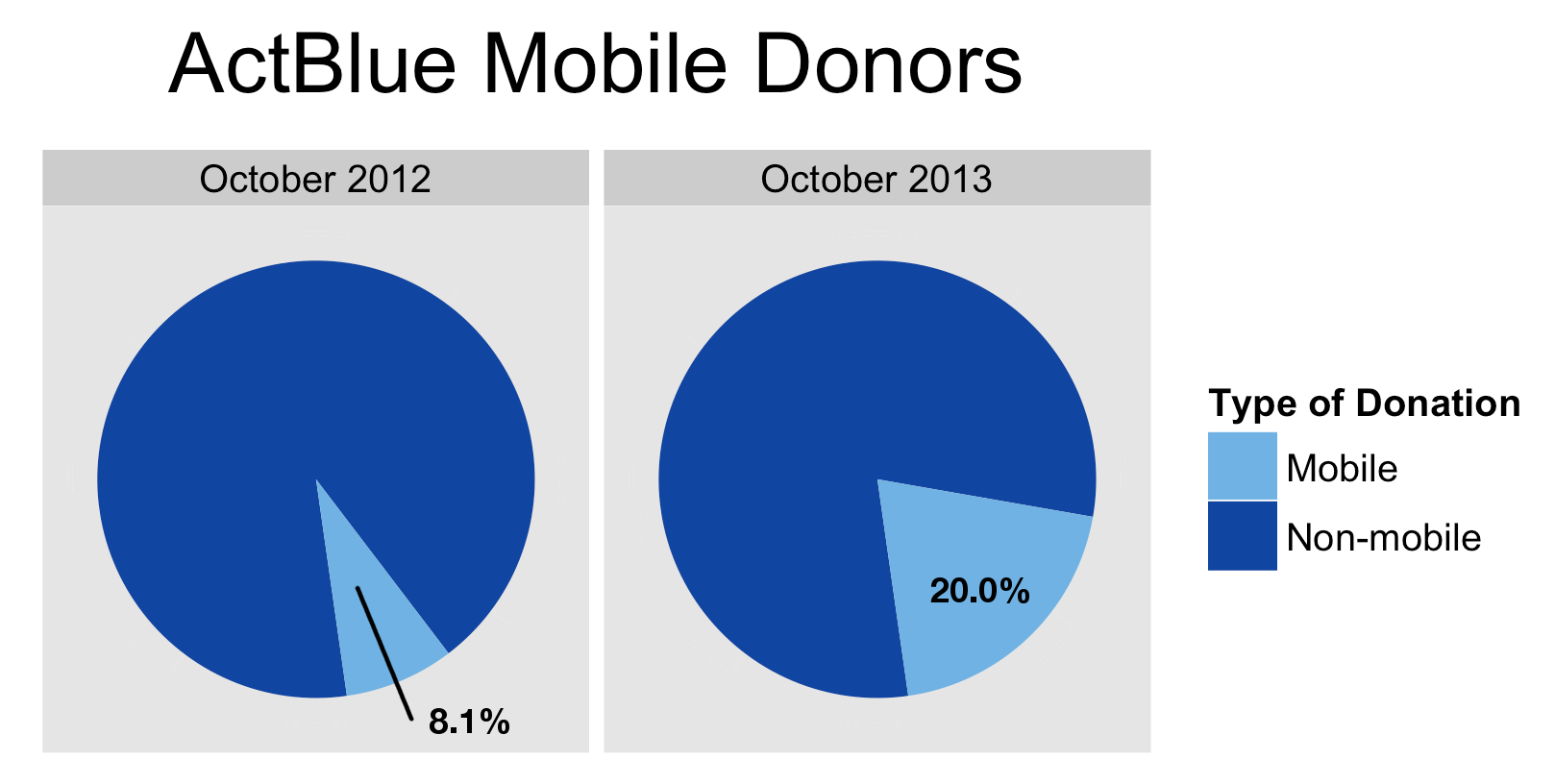 Last month we told you about mobile responsive forms, and we’ve been checking the stats every day since. Sitewide, we saw 20% of contributions made on mobile devices, compared with 8.1% in October ’12. If it wasn’t already clear, mobile is most definitely the future of online fundraising, and we’re happy that we can make it easier for donors by adapting to where they are.

Finally, our compliance team has been working day in and day out to report all of your contributions (seriously, our end of quarter report was so big it broke the FEC servers), and to roll out Express Lane in even more states. That means up to 3x more money for campaigns across the country, and significantly less hassle for donors. We’ll give ourselves a pat on the back for that one.