April ’14: Training people to give at the end of the month

Looking at your inbox on April 30th, you might have thought that it was the end of the quarter again, given the flood of fundraising emails. Nope, it’s just the end of the month, the little brother of EoQ.

Campaign and committee list managers have been teaching their list to respond to end of the month asks, despite the ahem…kinda made up deadline.

You see this sort of stuff in business sales. Everyone needs to hit their monthly sales numbers, so they start sweetening offers to clients at the end of the month. Clients learn to wait until the end of the month to put in their orders. All of a sudden, you’ve created an entire culture around the end of the month, making your workload crazy at the end. But you know what? It’s effective and that’s why they do it.

In this case, there is no legal reporting deadline at the end of each month, but the month by month numbers are often released as a show of strength. The campaigns really do have an internal goal for each month that the need to raise, so they hype the end of the month and that helps them reach their goal. And now lists are conditioned to respond to it.

Here’s our day-by-day breakdown of fundraising in April: 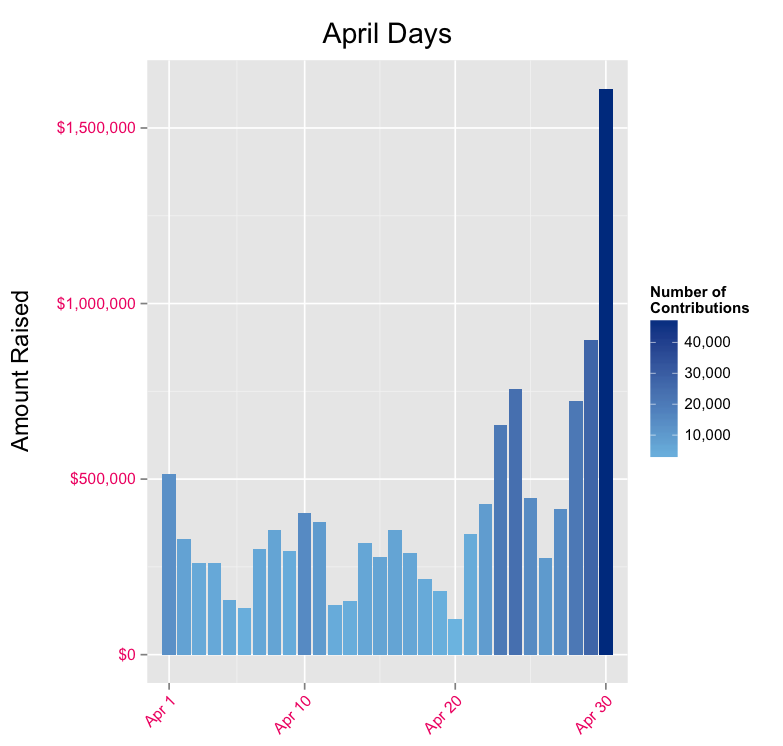 This is actually pretty typical of how most months look. You see dips during the weekends, when people are sending fewer emails, and peaks during the week. Then the whole thing builds dramatically during the last week with a huge spike on the last day.

It’s important to note that this actually was a very good month over all–the highest month of the year outside of the actual end of quarter in March. It’s not that campaigns had to play catch-up at the end of the month, but rather that sending multiple emails and using the “deadline” as part of the pitch pulls in a lot of money.

This is how April ’14 stacked up against the previous three Aprils:

2,003!! candidates, orgs, and committees using ActBlue. That’s the third highest month all time. #1 and 2 were October and September ’12. Yep, some candidates really do wait until the final hours to fundraise. But we strongly, strongly encourage people to start much earlier.

Our Express membership continues to grow like a weed! We’re up over 800,000 users…actually 831,630 when I hit “publish” on this post! Here’s our fun growth chart: 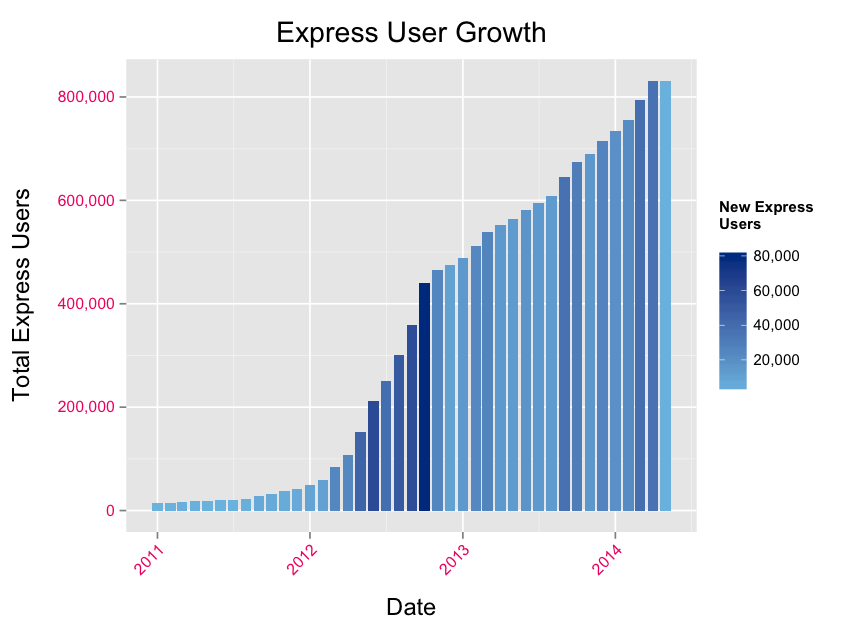 It’s just a matter of time till we hit 1 million. Given all this growth, you Express Lane users can’t forget to match your lists regularly to pick up new folks for your targeting. 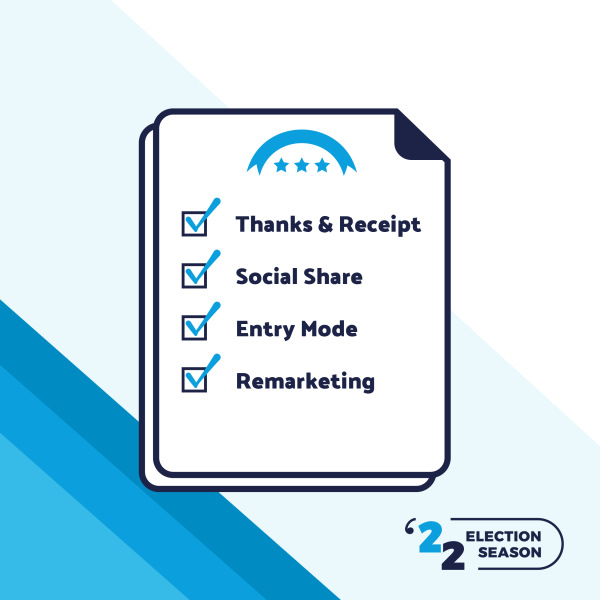