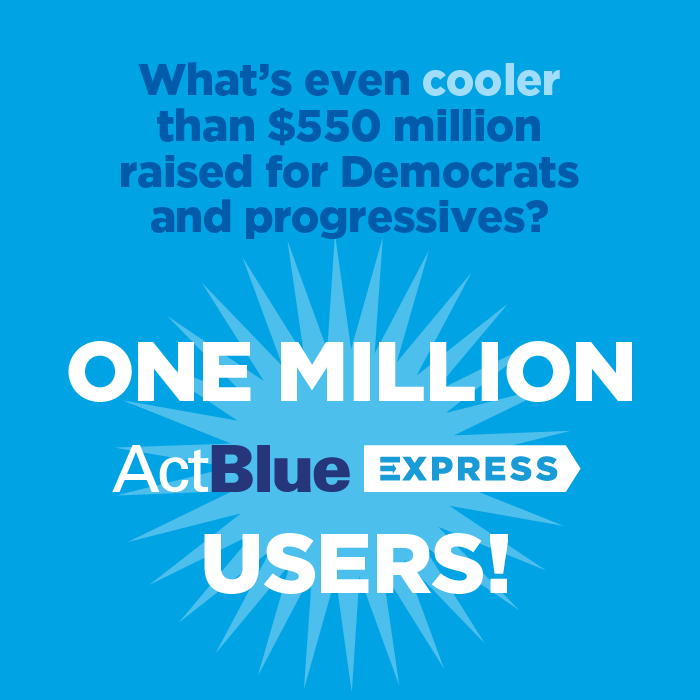 Yep, that’s right. The community that we started building in 2008 has grown to include one million supporters.

What’s so special about Express users? They’ve securely saved their payment information with us, which means they can give in an instant to any candidate, committee, or organization using ActBlue. Whenever you make it easier for people to donate wherever they are, whenever they want, they’re more apt to give and conversion rates go up. That means our work is directly benefitting Democrats and progressives across the country.

In other words, Express users are power donors. But not the Koch-brother type. The small-dollar kind. Check out how many dollars ActBlue Express users have been giving: 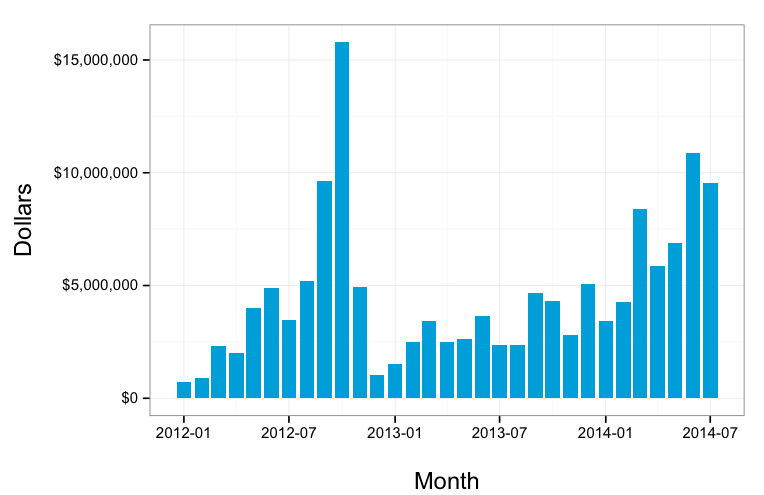 The community has been growing rapidly, but we’re really happy to see the current monthly growth rate at about the same level as October 2012. If you remember, there were some big things going on. 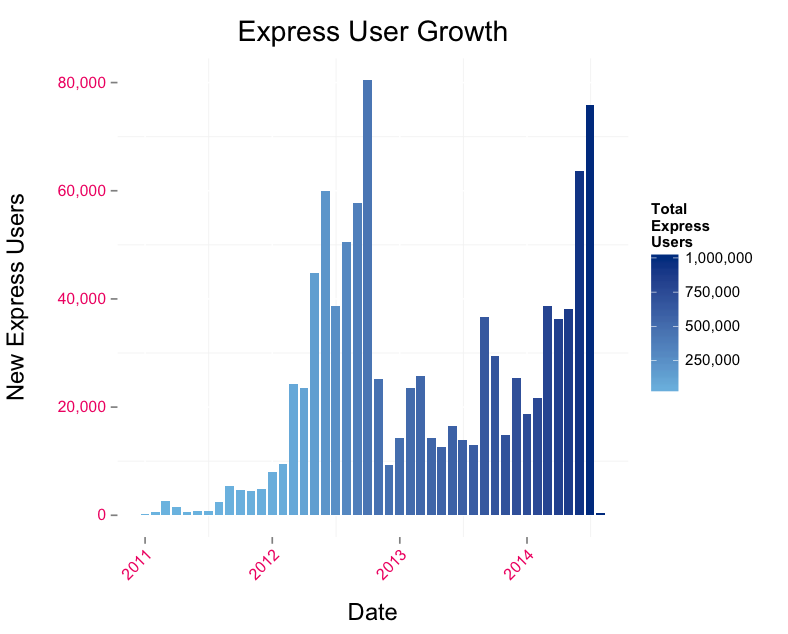 As we get further into the election cycle, more and more new donors are emerging and joining the Express Lane community. Every campaign out there is organizing and growing their ranks, all the major campaigns in the country are using ActBlue and adding their donors to this pool, and together the entire left is raising more money. And if we’re seeing this many new donors signing up during summer vacation months….well, we can only imagine what this fall will bring!