The march to the final end-of-quarter in 2015 was massive. ActBlue handled $33.5M in December, with a whopping $12.8M (or 37.8% of the month’s total) coming in during the last four days alone. And we capped off the year with our biggest donor day — ever! Over 150k contributions came in on December 31st.

Plus, more than one-third of all contributions were made on mobile devices.

Check out the tables and charts below for a more detailed breakdown of this past month: 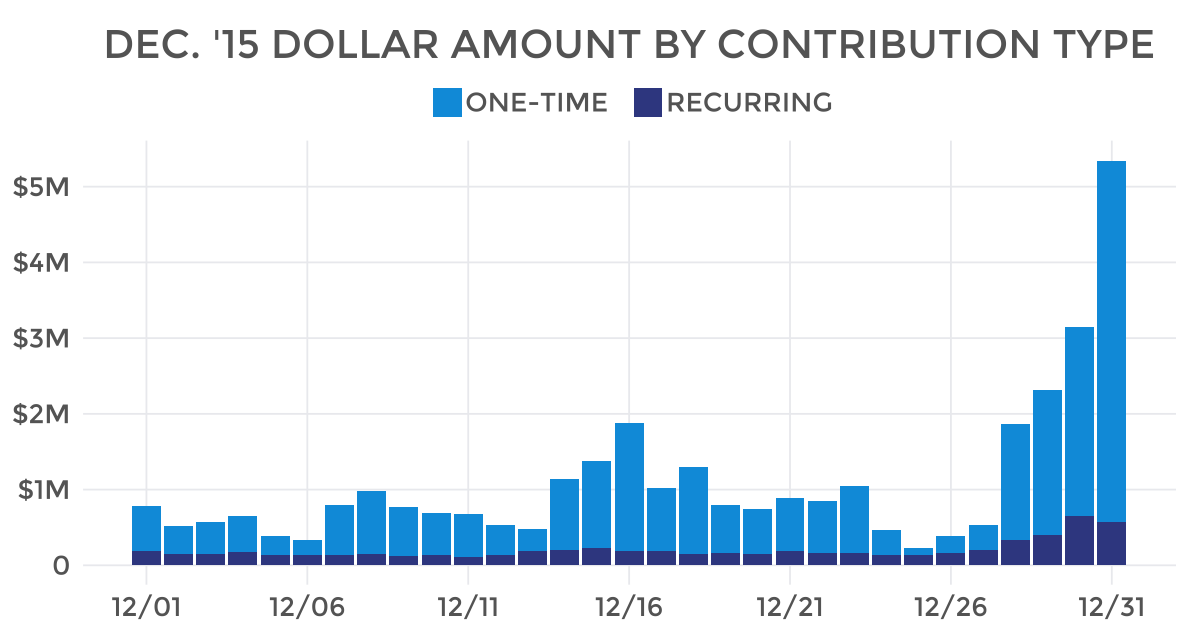 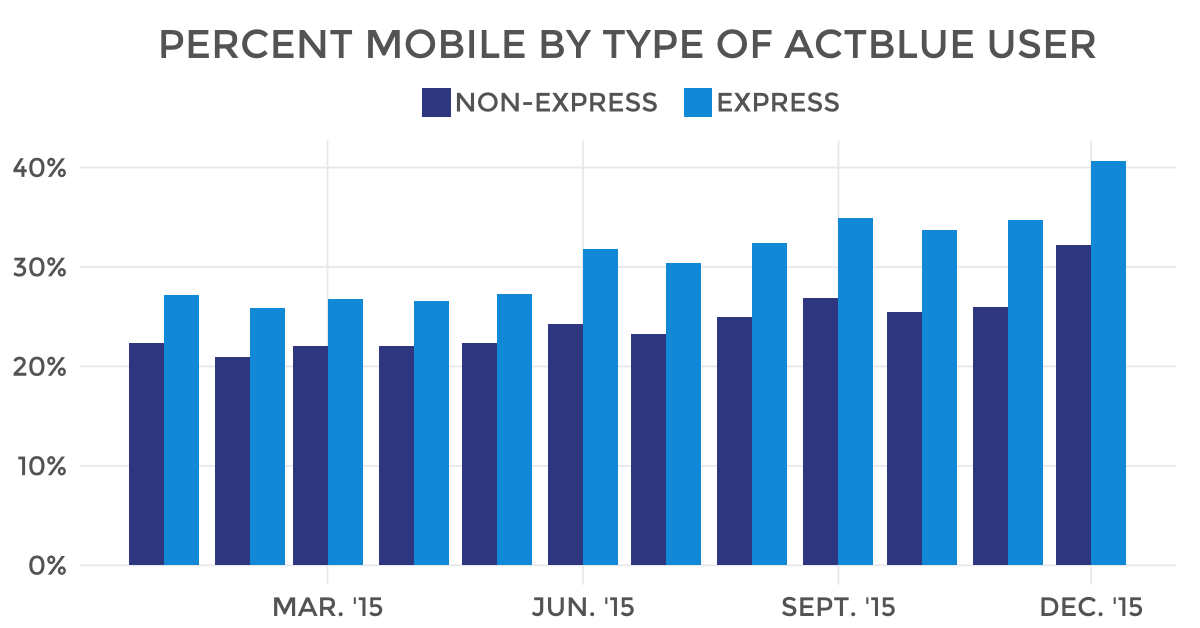 For December 2015, our customer service team handled an average of 532 email conversations a day.

In December we hit 2 million Express Users — people who have saved their credit cards with ActBlue. And now we’re up to 2,037,004 in total. 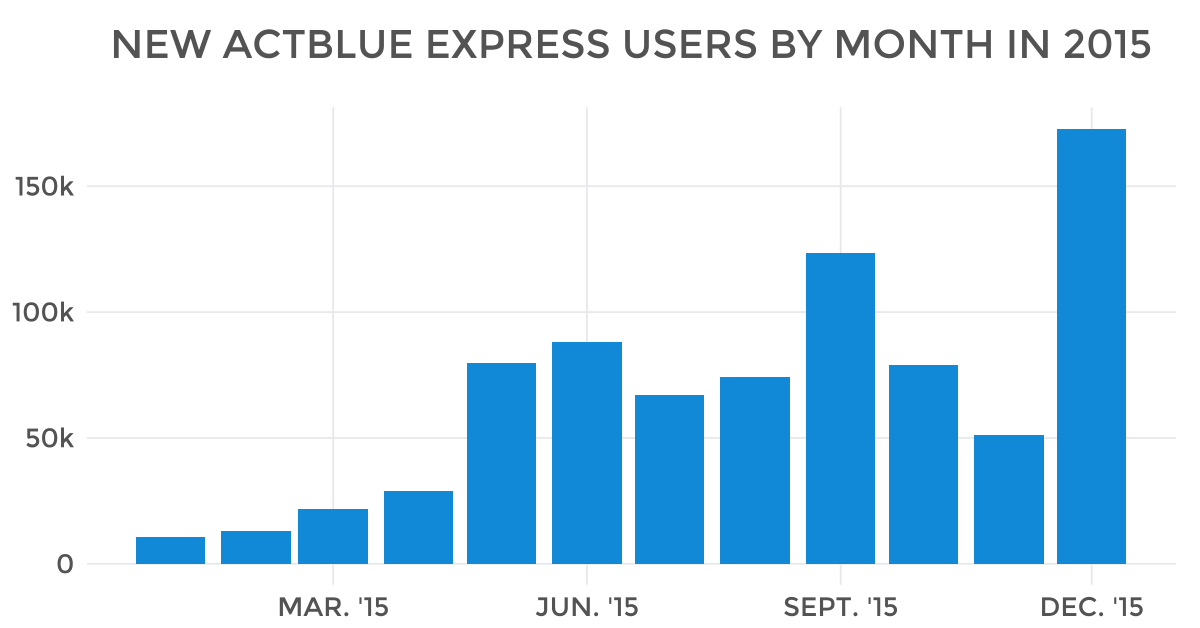 If you have questions or comments, feel free to reach out at info@actblue.com.