What reaching 2 million Express users means for you

We hit a major milestone during the recent end-of-quarter rush: 2 million Express users! That’s 2 million donors* who have saved their credit cards with ActBlue and can give to virtually any Democratic candidate in America — and an increasingly large percentage of progressive organizations — with a single click.

Now, that’s obviously a huge number, but big numbers don’t mean much on their own. What’s important is that it’s not just a big pool, it’s a big recent pool of donors. These aren’t just donors who signed up back when President Obama was running the first time — these are current, active, and engaged donors. 815,706 Express users signed up in 2015 (573,241 in the last 6 months alone), from 2,685 campaigns and organizations. Check out this growth chart: 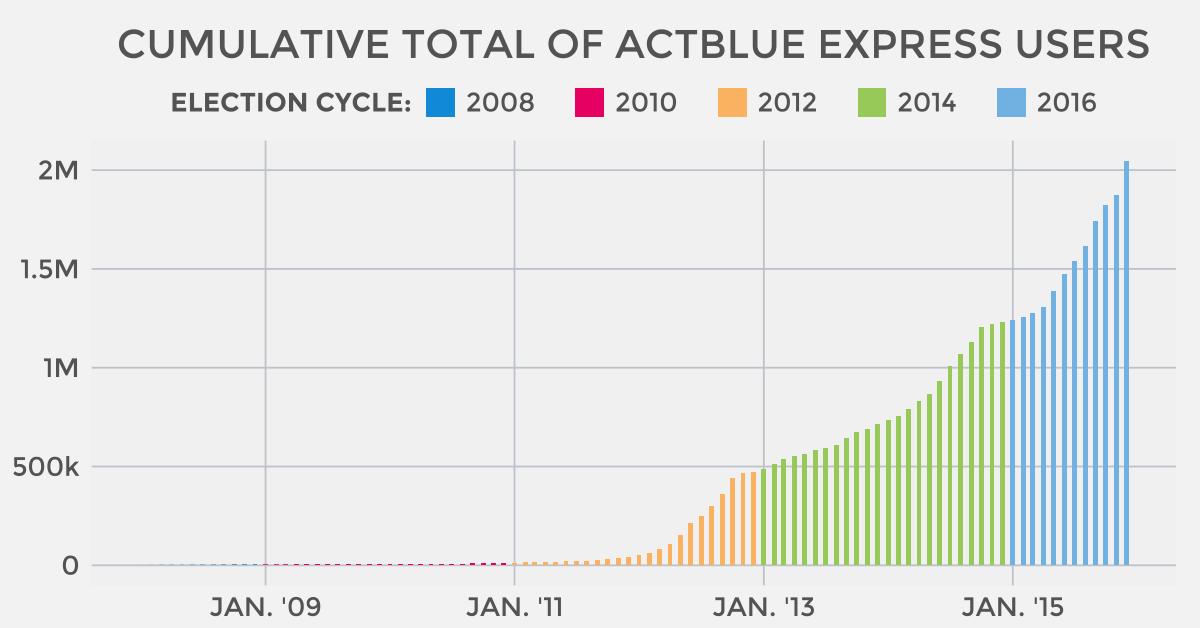 And here’s a closer look at the year-by-year breakdown: 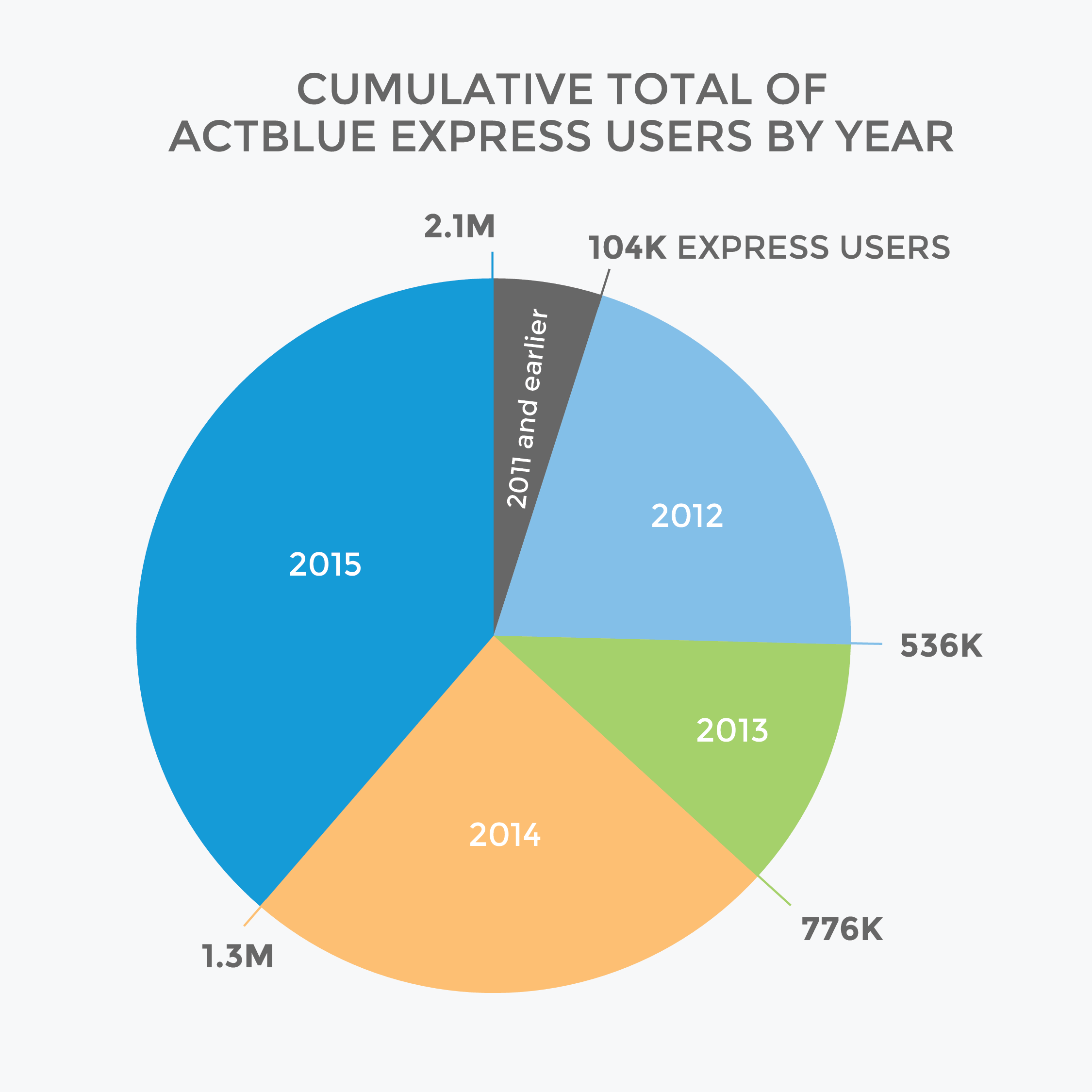 But the best part of the Express universe, as always, is that it’s a shared resource. That means that organizations and candidates — from small non-profits up to presidential candidates — can fundraise more effectively. And it means that donors can connect and contribute to their favorite causes in one place. Together, we build grassroots movements for change.