Small-dollar donors worked tirelessly on a wide swath of issues this October. Folks prepared for the 2018 midterms, quickly rallied for victims of the devastating wildfires in Napa Valley, and made a hugely successful pre-Election Day push. By the time October ended, candidates, organizations, and nonprofits using our tools had raised $47,600,346 from more than 1.2 million contributions. Additionally, an impressive 4,736 unique groups used our tools, including more local and state candidates than usual.

The hard work that state and local campaigns put in paid off. Democrats won races for governor in Virginia and New Jersey, made huge gains in the House of Delegates in Virginia, and helped elect groundbreaking candidates like the first woman mayor of New Hampshire’s biggest city and the first transgender woman in Virginia’s state house. There were many more victories around the country that would not have been possible without widespread grassroots energy.

Check out all the highlights for October below:

Last month small-dollar donors made nearly one million more contributions than in October 2013 and more than doubled the total dollar amount raised via our platform compared to October 2015. It’s a real sign of strength to see so much money go to Democratic candidates and progressive organizations in a non-presidential election cycle.

People all over the country are also facing the GOP head-on by choosing to run for office, and small-dollar donors are stepping up to support them. The number of candidates for local, state, and federal offices using our platform all more than doubled from October 2015 to this year. There were 567 candidates for local office; 1,171 state candidates; and 791 federal candidates raising money via our platform this October. 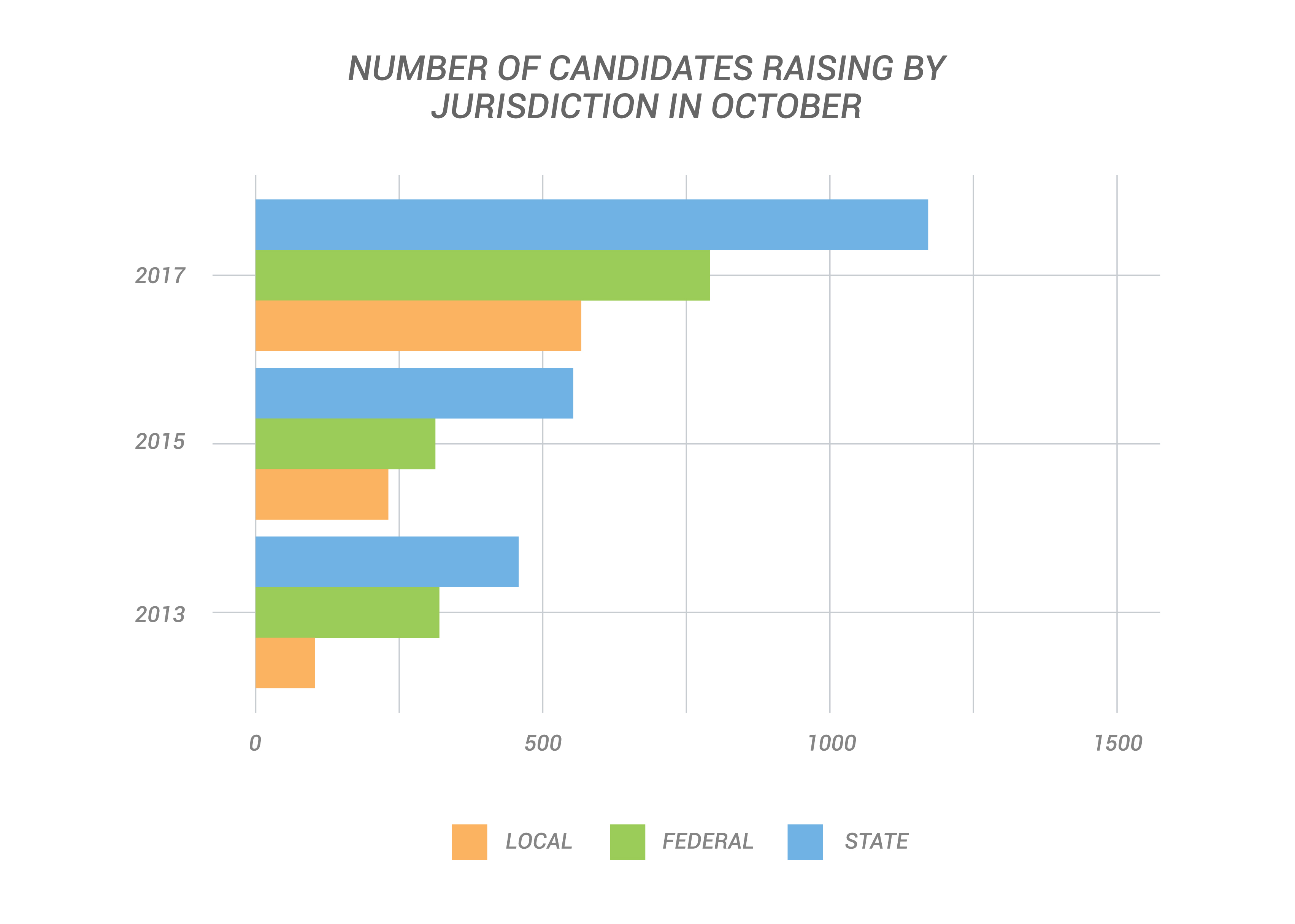 Donors really see their contributions as an act of resistance. When Ted Cruz compared ActBlue’s platform to the Koch brothers in a televised debate with Bernie Sanders in October, our supporters were quick to correct him on Twitter. They made it clear that they use our tools to stand up to the GOP’s mega-donors by giving to grassroots campaigns.

This event was a great reminder that there’s no limit to the number of ways we can elevate the voices of small-dollar donors. In the chart below, you can see the jump in organic online engagement on Twitter the day of the debate. We even featured some of our favorite tweets from our community in a blog post. If you want to keep up with future breaking news events, you can follow us on Twitter @actblue! 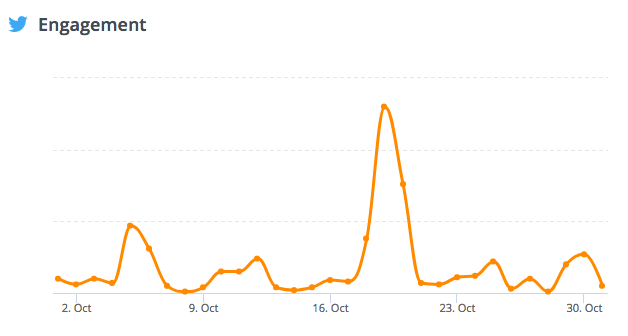 With 40.7% of all contributions and 41.2% of ActBlue Express contributions coming from mobile, October showed us the continued importance of mobile optimization. That’s why ActBlue’s contribution forms are automatically mobile-optimized. It’s vital that donors are able to easily give on whatever device they prefer to use.

Over the past three Octobers, we’ve seen that many donors will only give via mobile. If campaigns and organizations don’t have mobile-first mindsets, they won’t be able to reach all of those supporters. And we only expect the percentage of donors giving via mobile to increase over time. 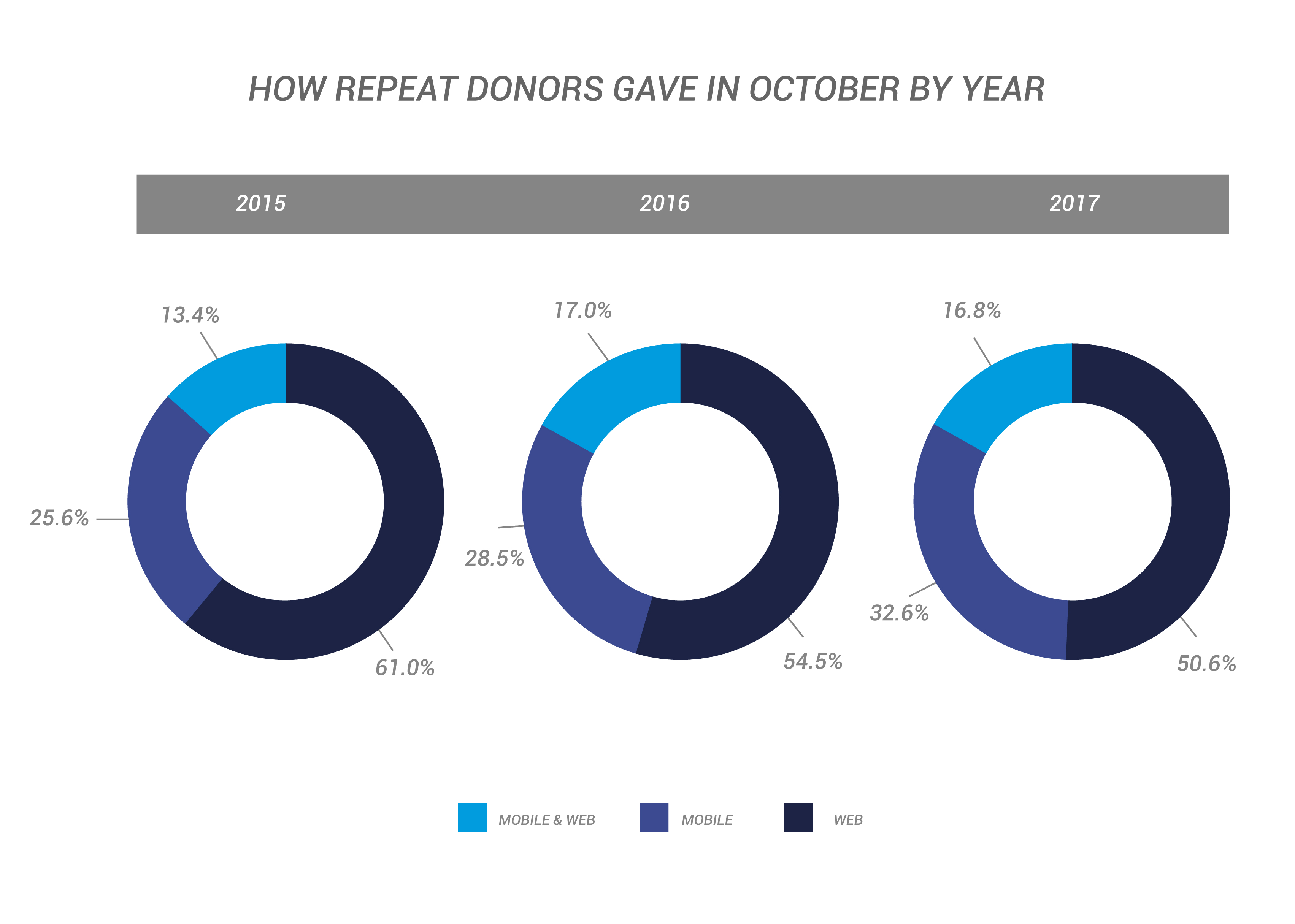 Recurring donations were worth almost $10 million in October and accounted for more than 20% of our total volume. These monthly and weekly contributions give campaigns and organizations a sense of stability by enabling them to plan ahead. That’s why we built an integration with Account Updater that automatically updates expired or replaced credit cards used for recurring contributions, ensuring donations are not interrupted and make it to the campaigns and causes small-dollar donors support. This feature has proven to be increasingly important as hacks of credit card companies and similar organizations become more frequent. 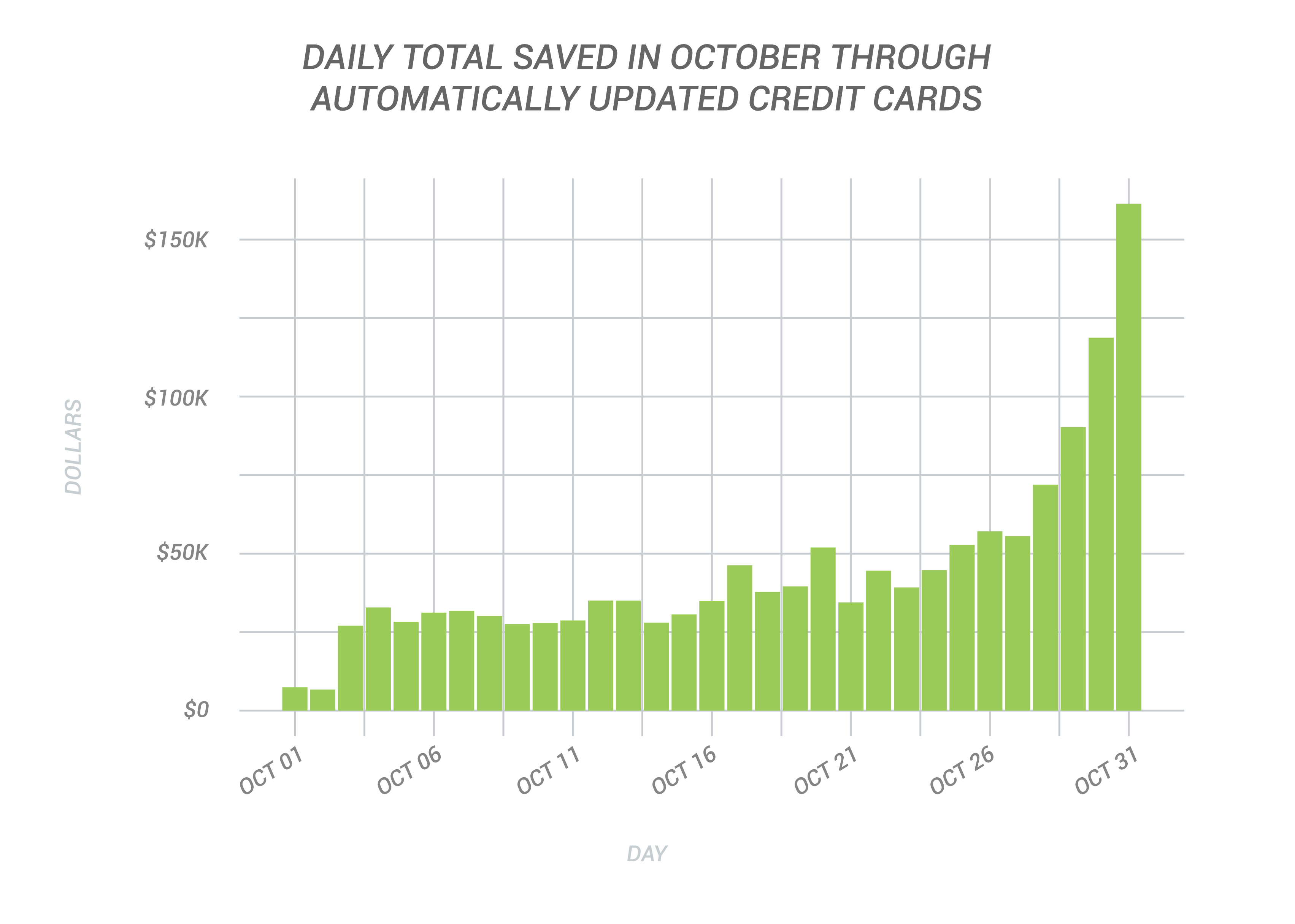 With such a strong October to kick off Q4, Democratic candidates and progressive organizations are heading into 2018 on a high note. We expect even more small-dollar donor power to be on display on Giving Tuesday as nonprofits head into their busiest giving season of the year. If you’d like help planning your end-of-year giving as an individual donor or as an organization, or if you have any questions about this post, get in touch with us at info@actblue.com!