The small-dollar donor movement reached new heights in April as more folks used grassroots donations to fight back against the GOP on multiple fronts. Over the course of the month, donors supported a record-breaking 7,056 campaigns and organizations on ActBlue. These are groups working across the country on a wide variety of progressive issues and people running for all levels of office to create positive change in their communities. This is the first time we’ve had over 7,000 groups use our tools in one month, and it’s even more exciting because our total for all of 2017 was 7,892 groups!

But that’s not all: Grassroots donors raised $55,885,812 on ActBlue in April, which brings our current total for the 2018 election cycle to $758 million. We’re far ahead of the $746 million raised through Election Day in the 2016 election cycle and only slightly behind the $782 million raised over the entire 2016 cycle! This meteoric rise in grassroots engagement means Democrats running for office this year have an unprecedented amount of early support and are building campaigns that can compete with GOP super PACs and corporate funders for the next six months.

Check out all of the highlights from April below:

Small-dollar donors made 1,453,311 contributions on ActBlue in April. They supported an extraordinary number of groups using our platform, from folks running for office for the first time to environmental advocacy groups and nonprofits celebrating Earth Day. In the chart below, you can see the steady rise in campaigns and organizations using ActBlue over the course of this election cycle. 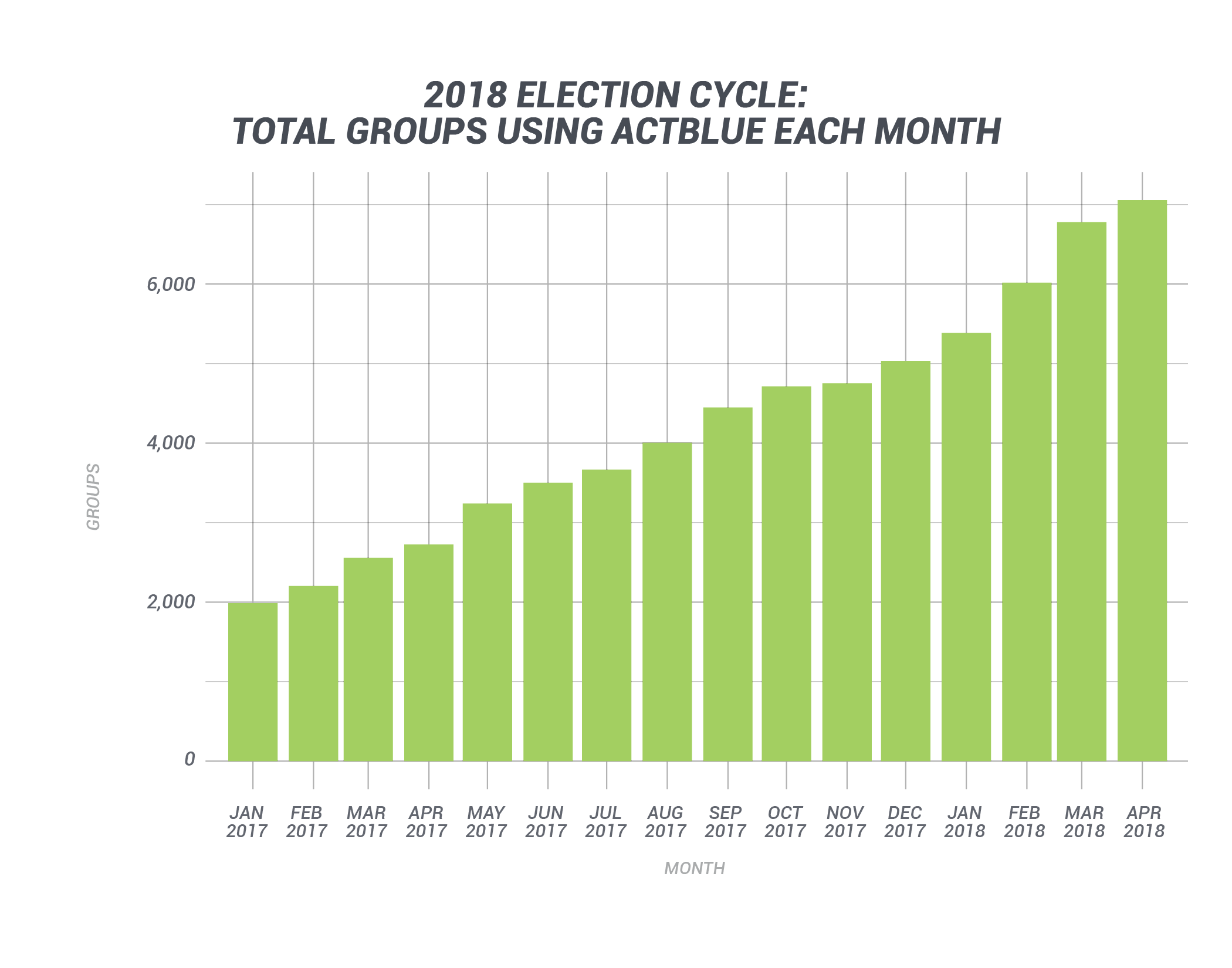 When these groups begin to use ActBlue, they get access to our ever-expanding ActBlue Express universe: A group of nearly 5 million small-dollar donors who have saved their payment information with us so they can give to any group on our platform with a single click. 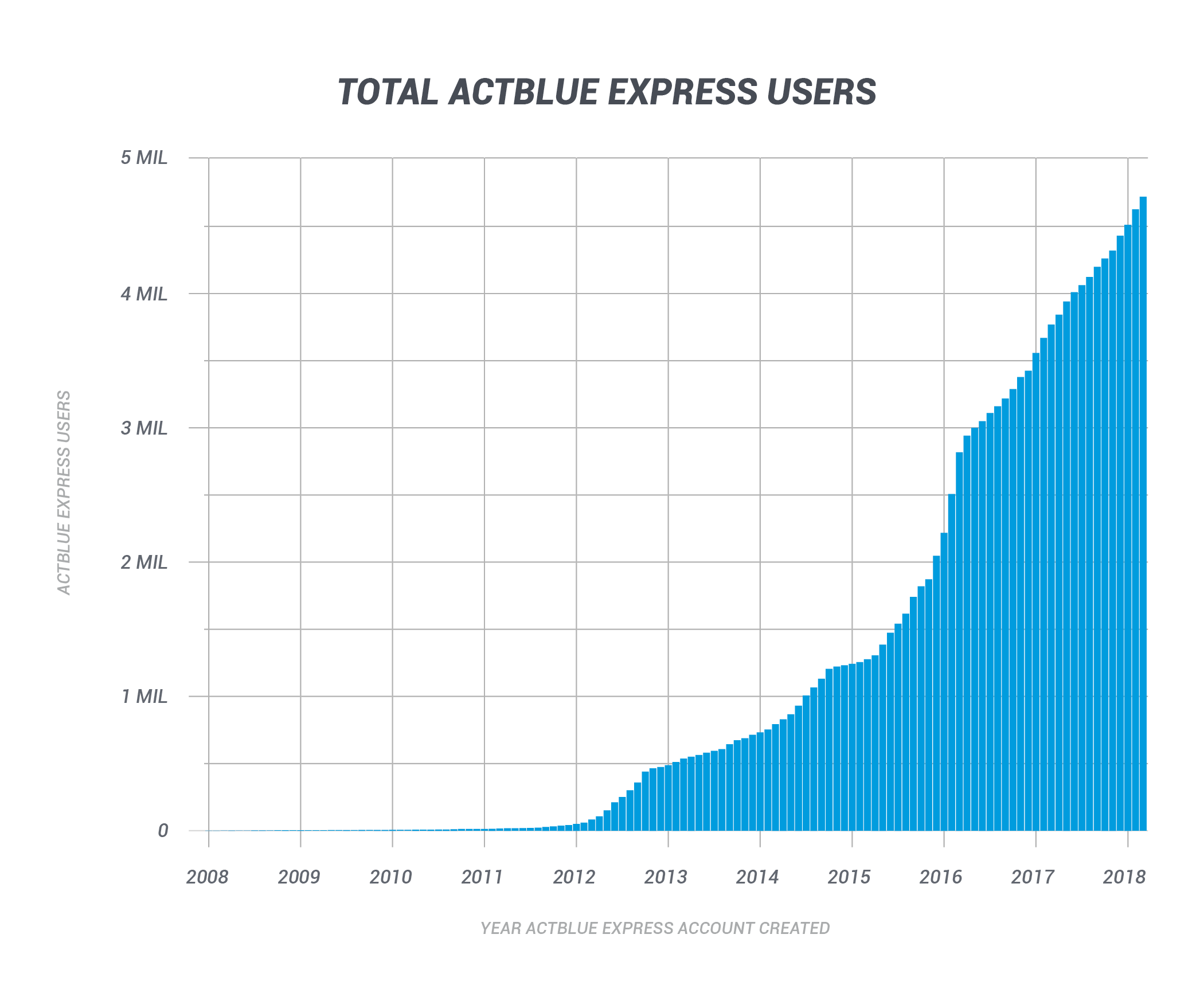 42.1% of all contributions in April were made via mobile. If you’re a digital fundraiser, it’s crucial to think about how your program works on mobile so you don’t miss out on nearly half of all potential contributions. ActBlue contribution forms are automatically optimized for mobile so that supporters can give to their favorite candidates and causes even if they’re not in front of a computer screen.

Recurring contributions made up 22.5% of total volume in April. Grassroots donors are committing to Democrats and progressive groups for the long haul. Recurring donations will sustain Dems running against Republicans bankrolled by mega-donors and help advocacy groups and nonprofits budget and plan for the future.

If Q1 wasn’t convincing enough, April has made it clear that small-dollar donors are ready to power a formidable blue wave this year. We’re so excited by all of this energy and engagement, and we’re ready to help activists, concerned citizens, candidates, and organizers reach more victories. If you want to start raising money for a cause or campaign online, or if you have questions about this post, get in touch with us at info@actblue.com.