The summer of small-dollar donors continued in July as folks across the country ramped up their organizing for the midterms. Grassroots donors on ActBlue raised $83,743,916 for 7,229 candidates, organizations, and nonprofits — $50 million more than was raised in July 2016 during a presidential year! This is especially impressive because giving typically slows during the summer. Small-dollar donors are clearly more motivated than ever, and all of their energy last month led to an incredible milestone on August 1: $1 BILLION raised by small-dollar donors using ActBlue so far in the 2018 election cycle! For comparison, $781 million was raised on ActBlue over the entire 2016 presidential election cycle.

A big reason why we were able to reach this milestone is all of the new donors who are excited to get Democrats elected to Congress in November and make change in their communities. 59.3% of all people who have given on ActBlue since January 1, 2017 are first-time givers. We took a closer look and found that 77.6% of new donors this election cycle who have given twice or more have an average contribution size of $35 or less! People are truly embracing small-dollar donations as a way to fight back and make their voices heard, just in time for the midterms. 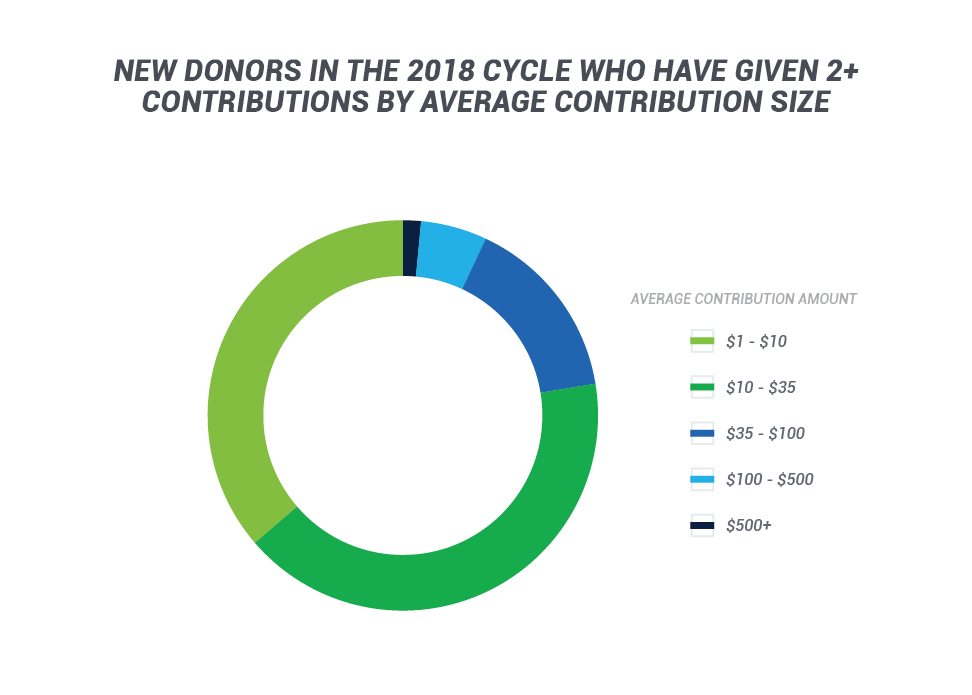 Check out all of the highlights from July below.

Grassroots donors made 2,083,356 contributions in July, more than double what was made in July 2016! The number of groups using our tools also more than doubled from 2016. Nearly half of the groups using our tools last month were state-level campaigns, which is incredibly exciting. State legislatures have passed some of the most conservative policies at the state level and are in control of redistricting for Congress, making it essential for Democrats to win back state houses in November if we want to make long-term change.

Many folks were moved to give when Trump announced Brett Kavanaugh’s nomination to the Supreme Court at 9 p.m. ET on July 9. We saw contributions more than double in the hours after the announcement. Online grassroots donations give people a positive way to channel their frustrations and combat feelings of helplessness in situations like this. 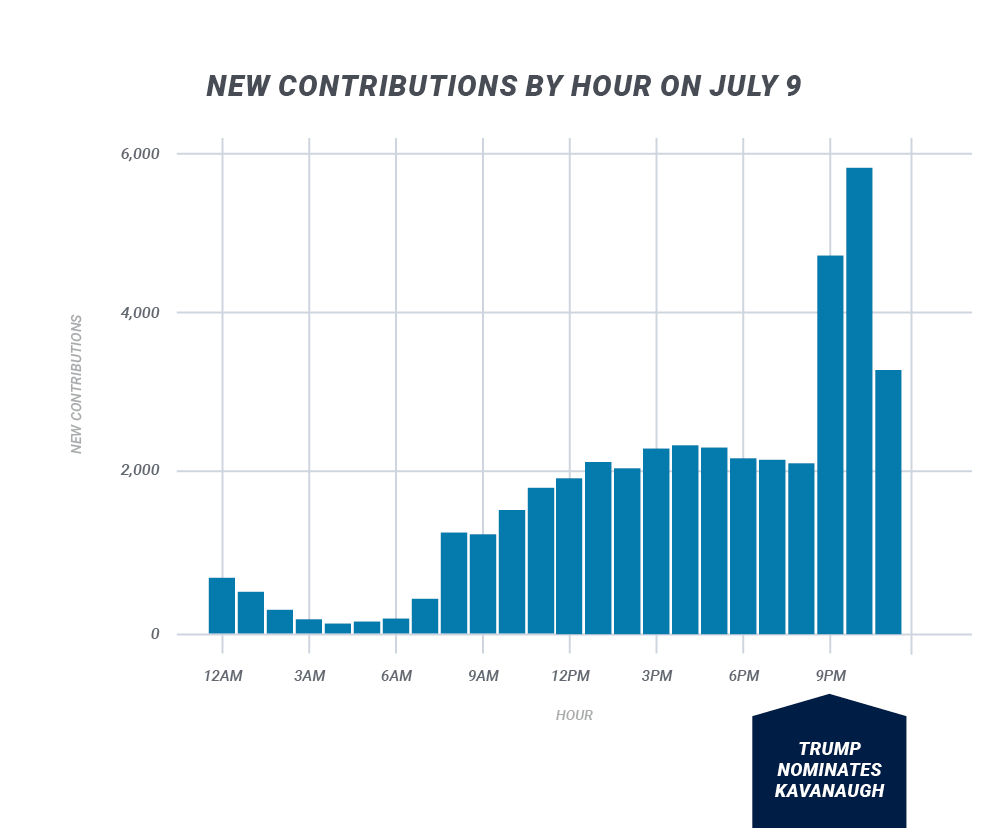 45.2% of all contributions in July were made on mobile, up from 38.2% in 2016. Fundraising programs that don’t prioritize mobile giving will miss out on a lot of money. That’s why all ActBlue contribution forms are automatically optimized for mobile. Donors can give just as easily from their phone at the beach as they can from their laptop in the air conditioning.

Monthly donations allow campaigns to plan for the future. Democrats are in a strong position going into the fall as recurring donations totaled $18,038,185 on ActBlue in July, nearly double the recurring volume in 2016. That’s a whole lot of money for knocking on doors and get-out-the-vote efforts!

Grassroots donors are donating at unprecedented rates and making it possible for Democrats to get their message in front of more voters ahead of November. With only 89 days until Election Day, this participation and energy is really making a blue wave possible and laying a foundation for long-term change. If you have questions about this post or want help fundraising, get in touch with us at info@actblue.com!