Small-dollar donors took no time off this summer, setting multiple sitewide records in the third quarter (July, August, and September). Over 3 million donors (record number one!) chipped in to raise $297 million in Q3 ’19 — our biggest quarter this year and third largest in ActBlue history by dollars raised. Nearly one million of those people were first-time donors on ActBlue! And that’s not all: Roughly the same number of unique donors have now given this year as in the entire 2018 election cycle!

Q3’s 3 million donors made 10.5 million contributions to 8,984 campaigns and organizations fundraising on ActBlue, breaking our previous quarter record by almost 2 million contributions. And on September 30, small-dollar donors gave more contributions in a single day than ever before! We saw unprecedented engagement, with donors giving nearly 40,000 contributions per hour at the peak of end-of-quarter traffic. Mobile giving is driving more traffic than ever before, with an impressive 58% of donations this quarter made via mobile. 2019 is the first year we had a 50%+ mobile quarter, and that percentage has been growing fast!

Many people expected this summer would be a slow fundraising period, but our numbers show that the sleepy fundraising summers of the past are over! 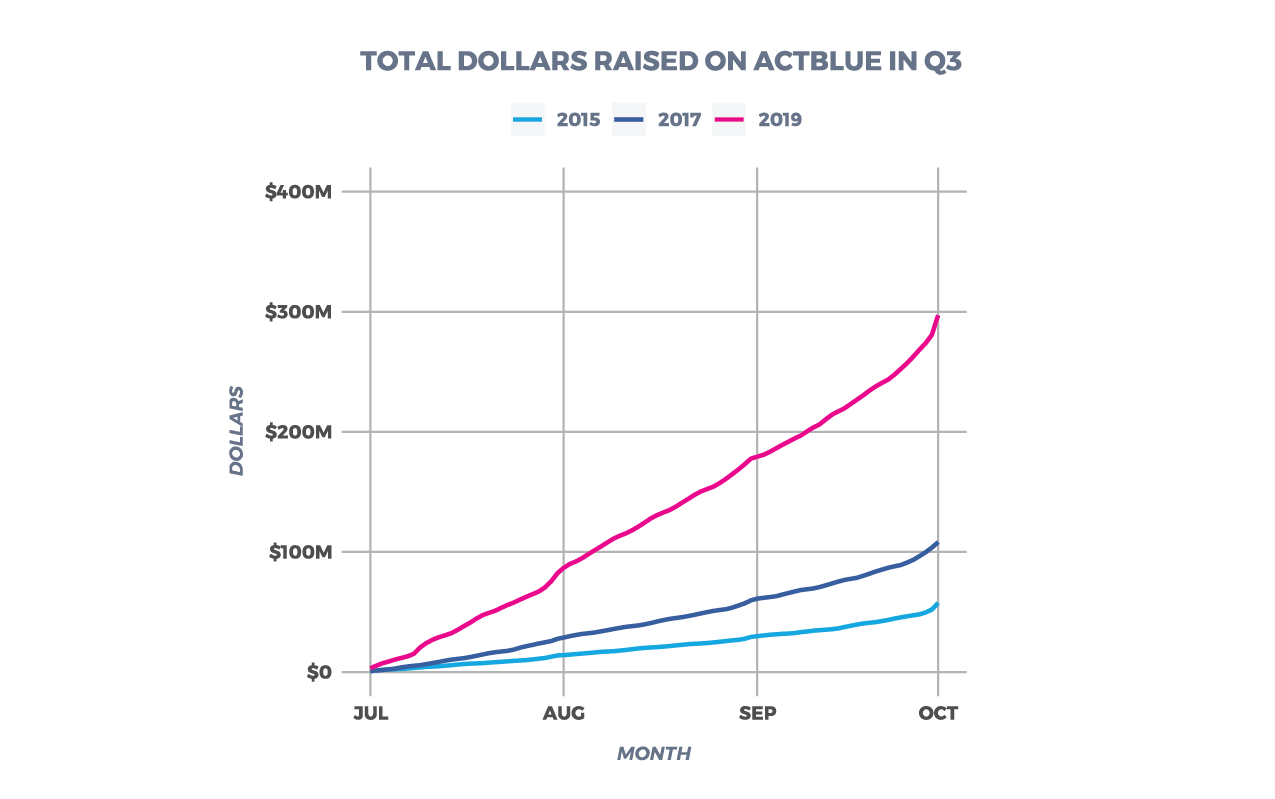 Small-dollar donors were active and engaged throughout Q3, not just in September or at end-of-quarter — August 2019 was our fifth biggest month ever by total dollars raised! And not everything is about the White House. Small-dollar donors are supporting candidates and causes across the board — 62.4% of donors gave to a campaign or organization other than a presidential candidate in Q3.

With more and more attention paid to issues like gerrymandering, Medicaid expansion, reproductive rights, and gun sense laws, small-dollar donors are making sure their voices are heard in state-level elections this cycle. Compared to Q3 ‘17, donors have doubled their contributions to state legislative races. Small-dollar donors are engaged with congressional races, too. Despite the attention on the presidential primary, donors gave twice as many contributions to House and Senate races this quarter compared to Q3 ’17. It’s clear that not only are small-dollar donors engaged and excited, but they are both thoughtful and strategic in their giving.

We strive to meet grassroots donors where they are and make it as easy as possible for them to participate in civic life. Increasingly, donors are engaging with the news on the go amidst their daily lives, and we want to ensure they can take action right in the moment, no matter where they find themselves. That’s why we’re focused on making the mobile contribution experience as seamless as possible, from building automatically mobile-optimized forms to offering payment options like Apple Pay®.

And mobile participation is on the rise. This quarter we saw the biggest ever hour for mobile donating during the Democratic presidential primary debate in September! Between 9 p.m. and 10 p.m. ET, the rate of mobile giving sitewide peaked at 82%. Mobile giving is making it easy for donors to engage in the moment and be politically active in real time. Since 2018 alone, the average percent of contributions made via mobile on ActBlue has risen almost 20%. 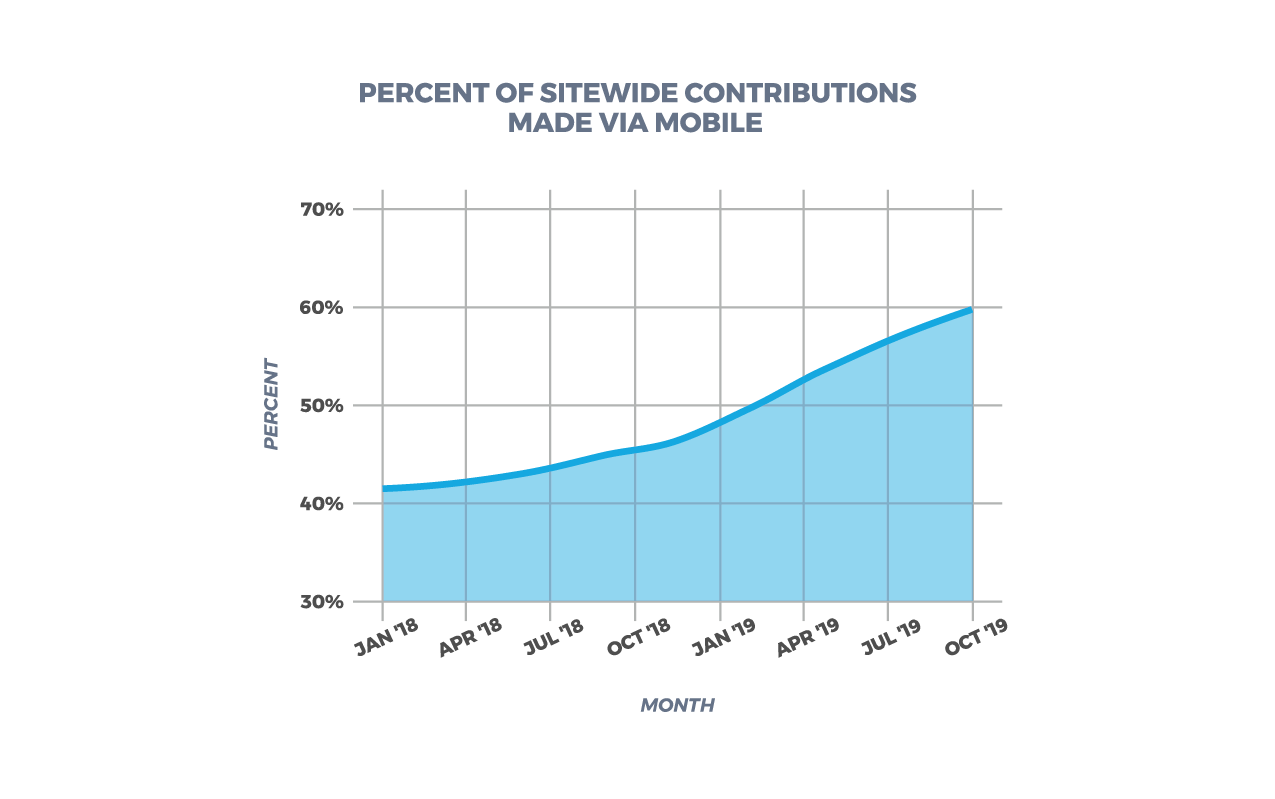 We’re a mission-driven nonprofit focused on empowering small-dollar donors, and that means we strive to provide the best possible experience for donors top to bottom, including customer service. This quarter at ActBlue our team has matched the energy of the small-dollar donor community through our work supporting 8,984 campaigns and organizations raising on our platform and responding to 97,594 donor conversations.

Small-dollar donors have blown us away with their enthusiasm and passion this quarter. It was huge and kept us on track for campaigns and organizations to raise one billion dollars on ActBlue alone this year — an incredibly impressive grassroots movement! 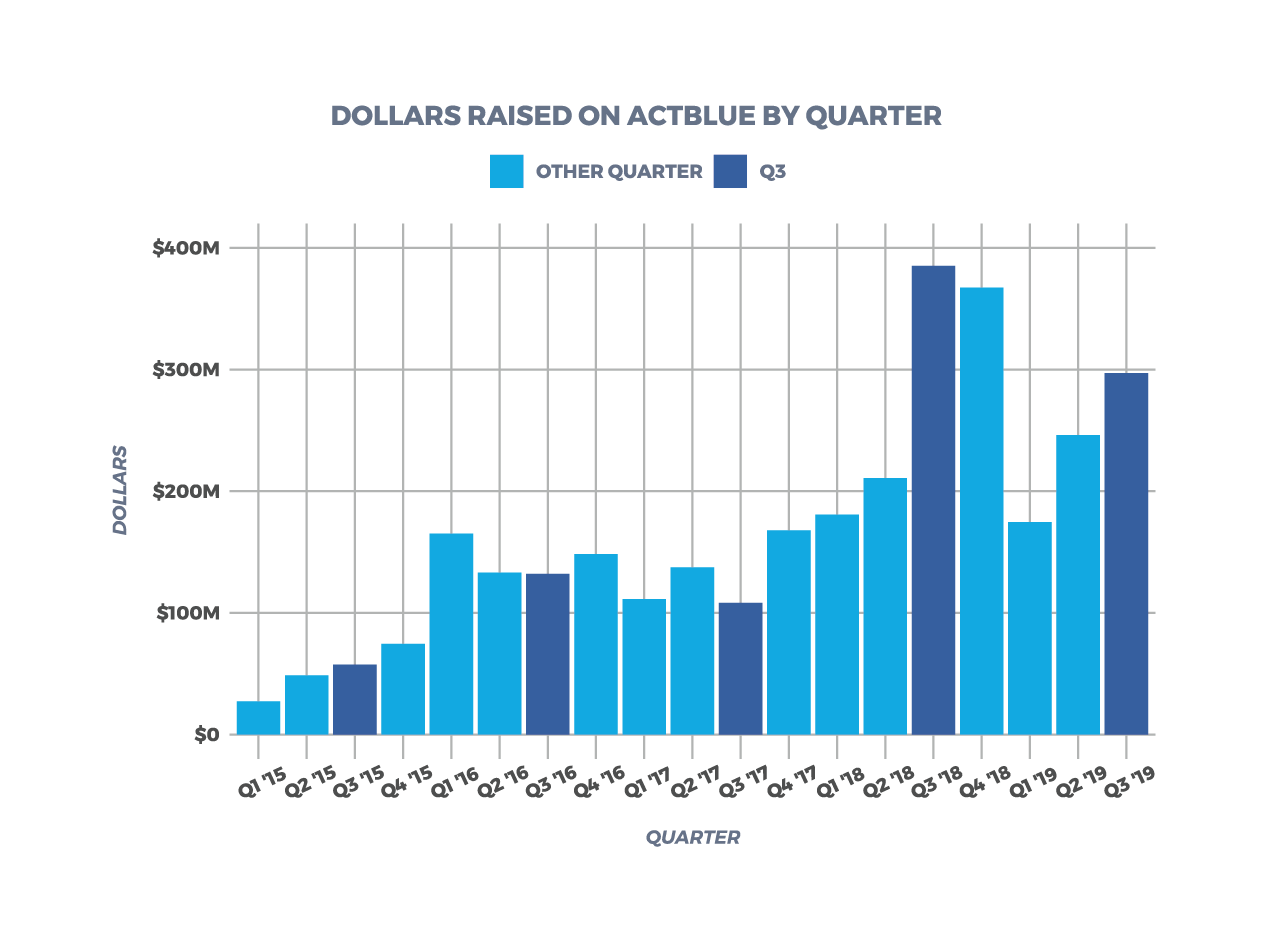 With impeachment, more debates, Giving Tuesday, and important state elections happening this year, there are many more opportunities for small-dollar donors to shine. Looking forward to all that we accomplish together in Q4! 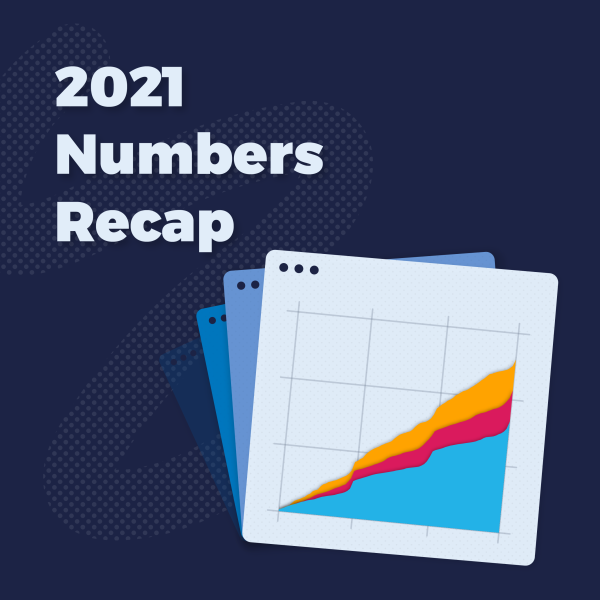 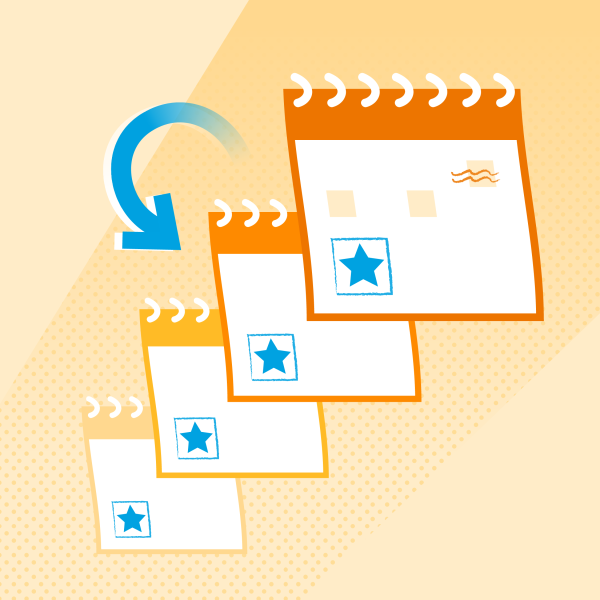 How to make a lasting impact with recurring donations