The first quarter of 2020 saw unprecedented organizing, in ways both expected and unpredictable. We started 2020 with 15 presidential candidates working to earn the nomination in a historic election that saw small-dollar donors take center stage, and closed the quarter in the middle of a pandemic that none of us could have imagined. Through it all we’ve seen people power play a central role and small-dollar donors step up and fuel change in this country, whether by donating to political candidates during the height of the primary or giving to charity to make an immediate impact during a global crisis.

We are heartened, as always, to see the power of the collective take shape. Small-dollar donors are powerful because they are part of a movement bigger than just themselves. It will take all of us to help support our communities through this crisis and elect new leaders to state governments, the House, the Senate, and the presidency.

Here’s how giving broke down in Q1: 4.3 million donors joined together to raise $533 million for the candidates and causes they cared about, and nearly one third of these donors gave through ActBlue for the first time. We also saw one third of 2019’s new donors give again just in Q1.

To put the Q1 donor number in perspective, in all of 2019 we saw 6 million unique donors, which was more than we had seen in the entire 2018 election cycle. After 2019’s rapid growth, to see such a large percentage of new donors give in Q1 was a real sign that this movement is still growing and getting more people off the sidelines. More than 7.6 million people have given so far this cycle, 4.5 million of them for the first time, and 44.6% of those first-time have already given more than once! The presidential primary helped activate millions of people and built a culture of small-dollar giving that we hope will continue to expand and grow.

Q1 2020 was the largest quarter for small-dollar donors on ActBlue by every metric: 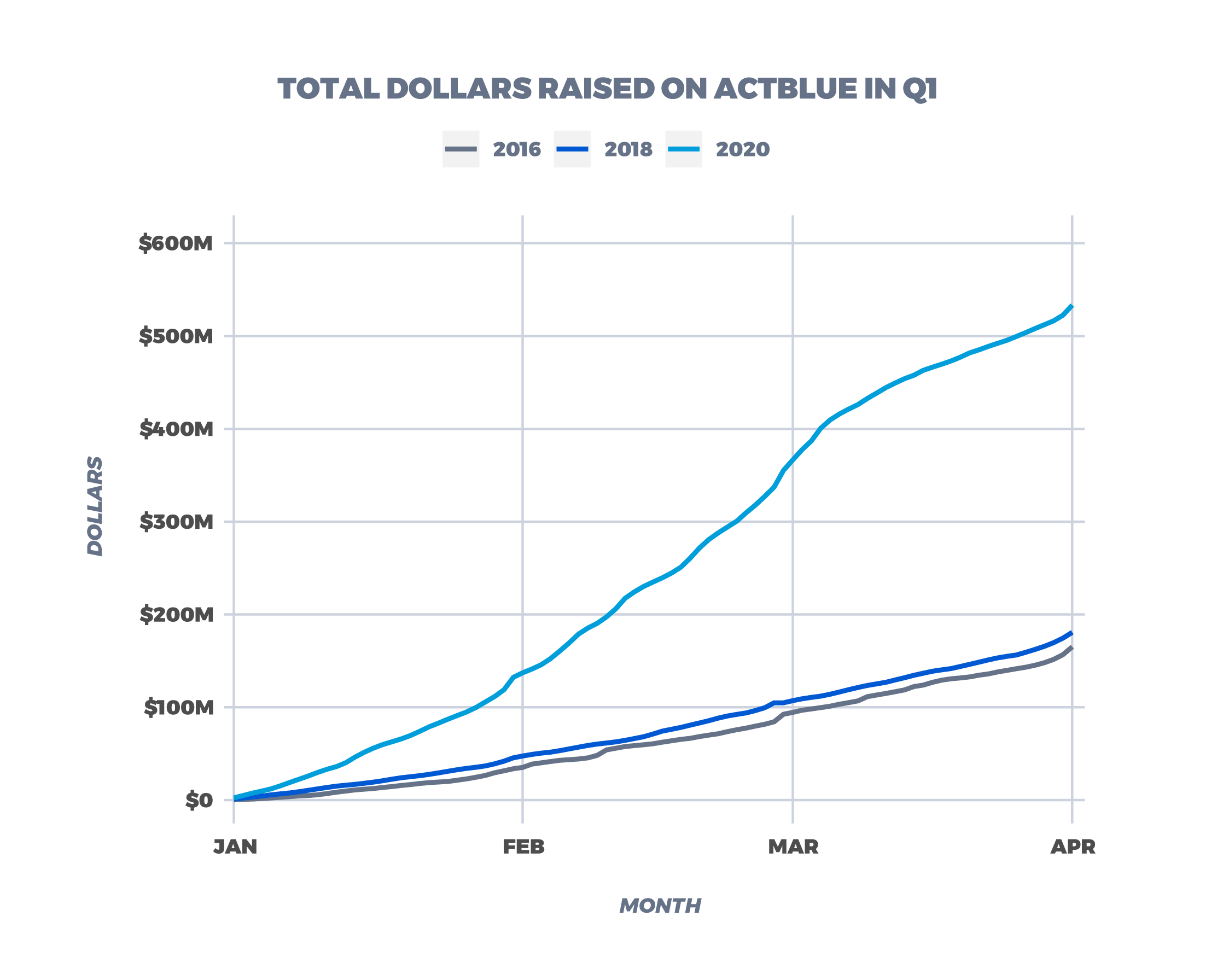 Q1 was a huge quarter for ActBlue Express growth, with nearly one million donors creating saved payment accounts. That brings our total number of ActBlue Express users, who can give to any candidate or cause with a single click, to over 9 million!

As our nation focused on COVID-19 relief efforts, small-dollar donors came together to support those most in need, raising, at the time of this posting, almost $13 million for organizations working to alleviate the hardships being felt nationwide. 140 candidates and organizations on ActBlue have activated their communities and used Tandem forms, which allow donors to split a single contribution between several groups, to fundraise for more than 200 organizations at the frontlines of this crisis, from those focused on food insecurity to organizations supporting restaurant workers. In total, average daily giving to the nonprofit organizations fundraising on our platform quadrupled between the first half of March and the last, and 120,000 donors gave for the first time in the last two weeks of March alone.

We have been working since mid-March to make sure that any organization or campaign that needs help moving their organizing work online is getting support to do that. This crisis has shown that change at the local and state level is key, and we are committed to making sure that down-ballot candidates can organize to the best of their abilities during this time. People are still looking to make an impact — over 500 groups signed up to use our tools in the second half of March — and we want to be able to support that crucial organizing work.

To candidates and organizations: The ActBlue Team is ready to help you during COVID-19. If you aren’t sure how to proceed during this time, or are looking for ways to organize your supporters to help communities affected by COVID-19, drop us a line at support@actblue.com. We are regularly putting on webinars around how to organize and fundraise online during these times. You can check out our resources here. Your work has never been more important, and we want to support you.

To small-dollar donors looking to help: You too can organize your community to support organizations helping people in need by creating your own contribution form listing those groups and sharing it with your personal networks.

Like everyone else, we are keeping our team safe, working to support our communities, and taking things one day at a time. It’s never been more clear that we need new leadership in this country at the highest level and that state and local elections have a huge impact on all of our lives. Digital organizing is the best way for campaigns and organizations to connect with supporters and voters right now, and it will be leading the way in the weeks and months ahead. Luckily, both campaigns and donors on the left have made an investment in this digital organizing and fundraising and are ready to continue this work. We have never been more proud or grateful to be part of this movement. 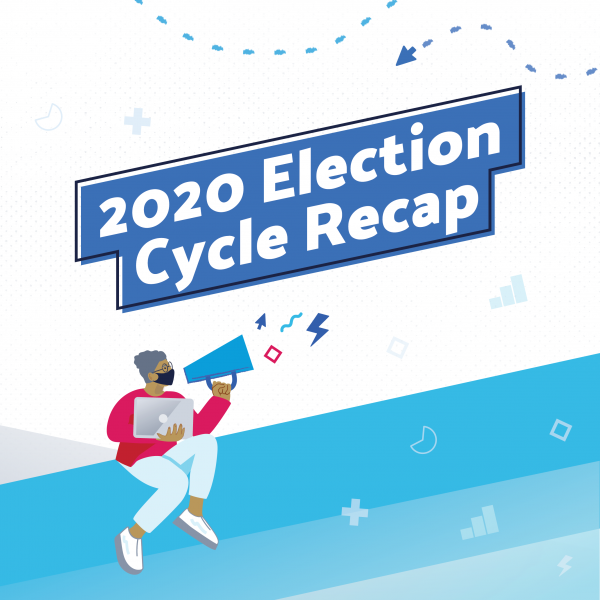 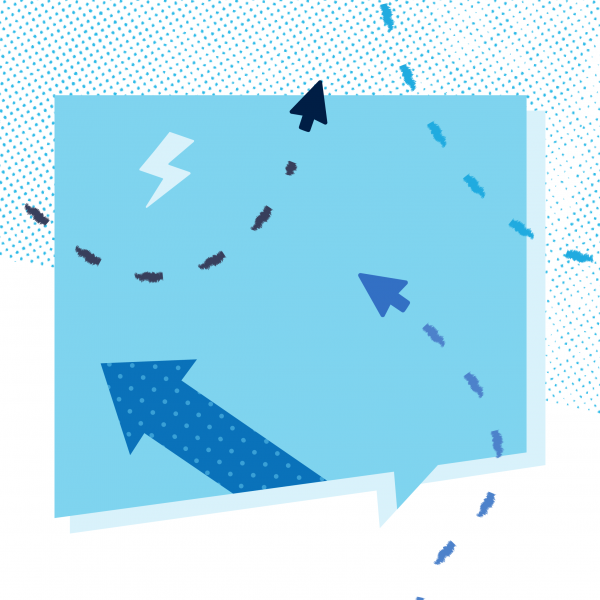