Small-dollar donors made Q3 2020 the biggest quarter in ActBlue’s history by all metrics:
6.8 million unique donors gave 31.4 million contributions, with an average contribution of $47.07, to 14,223 campaigns and organizations for a total of $1.5 billion.

Democrats up and down the ballot, progressive groups, and nonprofits raised nearly as much money in Q3 2020 alone as in the entire 2018 election cycle, including $758 million in September.

As Election Day approaches, more people than ever before are investing in change and chipping in to the campaigns and causes that are on the front lines of our democracy. Small-dollar donors made history in 2018, and now this people-powered movement is expanding the map for Democrats in the most consequential election of our lifetime. Behind these record-breaking numbers are millions of individual people chipping in to create change:

And small-dollar donors are giving strategically up and down the ballot. The ongoing coronavirus pandemic, movement for racial justice, and Supreme Court vacancy have highlighted the importance of local and state elections, and grassroots donors are taking action at all levels:

Small-dollar donors responded to multiple historic events over the course of Q3. August brought the selection of Senator Kamala Harris as Vice President Joseph Biden’s running mate and the 2020 Democratic National Convention. Both events energized the grassroots and helped make August 2020 the biggest month ever on ActBlue by dollars raised and contributions, until small-dollar donors broke both records in September. And after Supreme Court Justice Ruth Bader Ginsburg died on Friday, September 18, small-dollar donors were motivated to honor her legacy and gave $6.3 million on ActBlue from 10 p.m. – 11 p.m. ET, a record for dollars raised in one hour.

Grassroots donors are making it possible for Democrats to compete in more races than ever before, supporting nonprofits that will be working for change long after Election Day, and helping build durable organizing structures on the left for years to come. Read on to see the rest of the Q3 2020 stats. 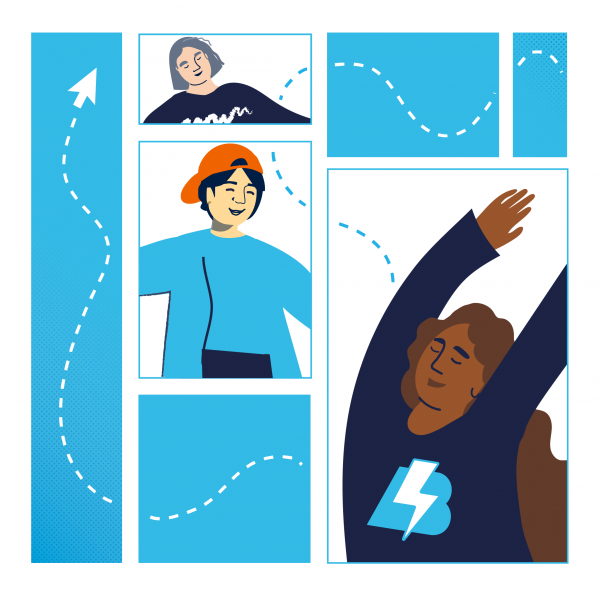