If you’ve taken a look at your metrics lately you’ve probably seen the same trend as everyone else: mobile traffic is steadily increasing. It’s become a given that any web property needs to look good on a mobile device, whether that be one of the new fancy champagne colored iPhones that were just released or one of those Windows Surface tablets with their (zomg!) keyboard.

We were ahead of the curve here at ActBlue, when we released mobile-optimized contributions forms way back in 2010. The pages automatically recognized when you were on a mobile device and loaded a form that was way easier to use than a regular form on your tiny screen. It looked like this: 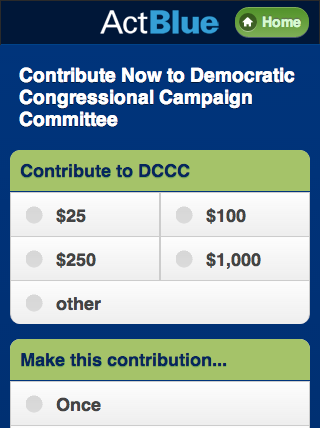 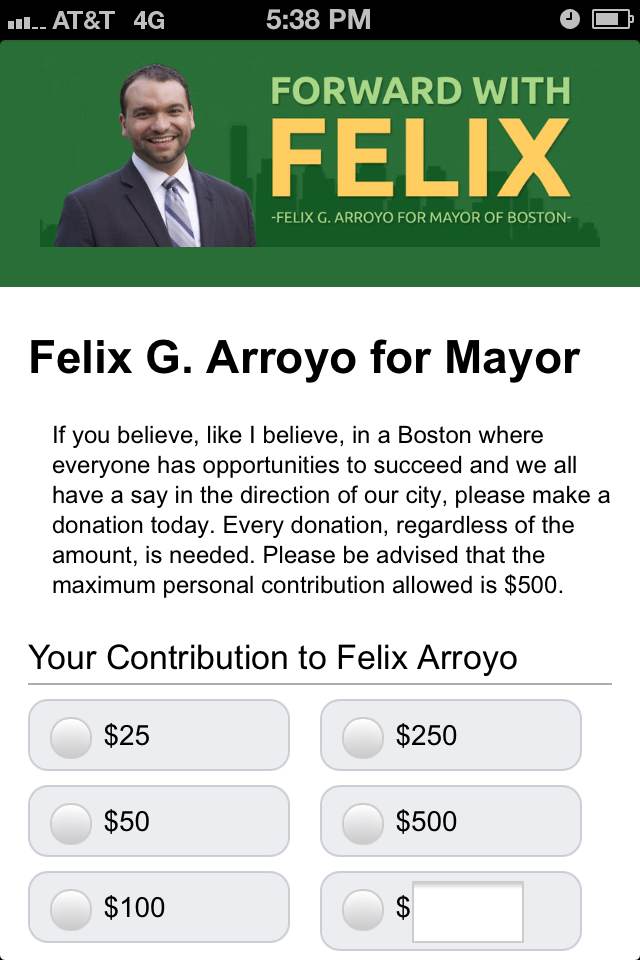 Now, a candidate or organization’s branding will appear when a potential donor visits a contribution form using a mobile device. There’s nothing admins need to do to turn on this new feature; we’ve rolled it out to everyone automatically.

Nobody wants to struggle when they’re on their phone. Speed and ease of use rule the day. That’s why these forms are designed to look good, and more importantly function well, whether your giant touch-screen phone needs it’s own purse, or you’re still using an old-school Blackberry.

Mobile responsive contribution forms don’t just look better. We performed a functionality test on this feature, just like we do for all of our new tools. These tests are a big reason why we know that our technology is always improving, and the results of this latest test are unequivocal.

ActBlue donors who visit a mobile responsive contribution form convert at a statistically significantly (p < .01) higher rate than those who visit one of our old mobile forms. And the difference isn't trivial– mobile responsive contribution forms are a 49% improvement. That means that you could see 49% more donations from users on a mobile device. And with increases in mobile traffic, that gets more important every single day.

It's not just the design layout that helped boost the numbers. We've re-engineered it so the forms load a second faster. Let's face it, people are pretty impatient on their phones. If it's not easy, then they'll move on to the next thing.

At ActBlue we're always looking to innovate, so that donors have an easier time contributing to the candidates and causes they care about the most. We're never satisfied with having a great system. There's always something that can be improved, especially in an environment that's evolving as rapidly as the Internet. That's why our developers roll code every single day.