Tandem contribution forms list multiple candidates, which require more decisions to be made by donors. But the vast majority of people choose to just split their contribution evenly between all the candidates on the form. That used to look like this: 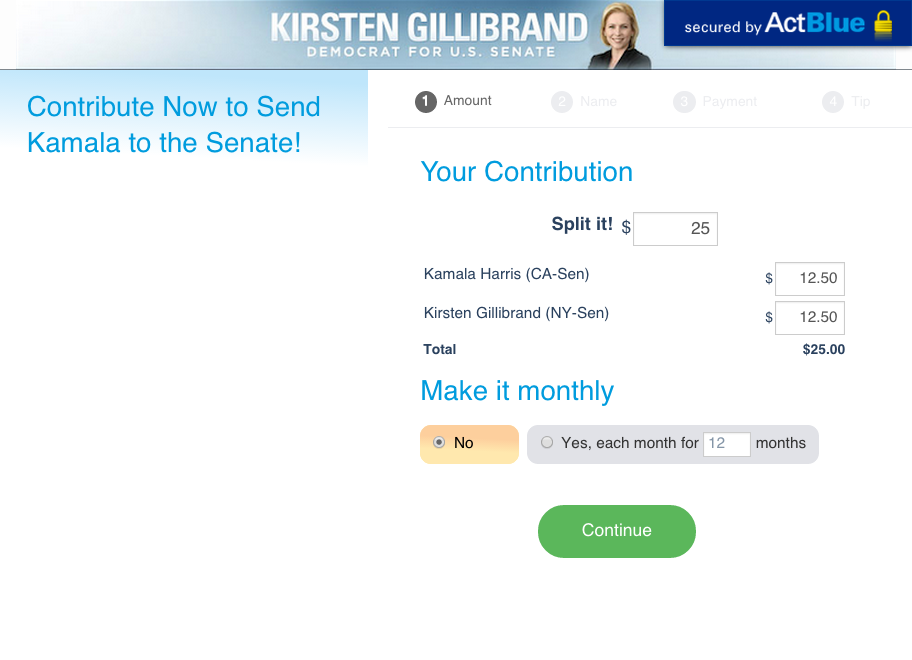 We boiled the form down to that last question — how much do you want to give? This made it a lot easier for donors to give (spoiler alert: this A/B test was a huge success).

Now, when you land on a tandem form, you’ll see the normal amount buttons with a note underneath saying who the donation will be split among. You can still click a button to allocate different amounts to each candidate, but donors are less overwhelmed when they land on the page. 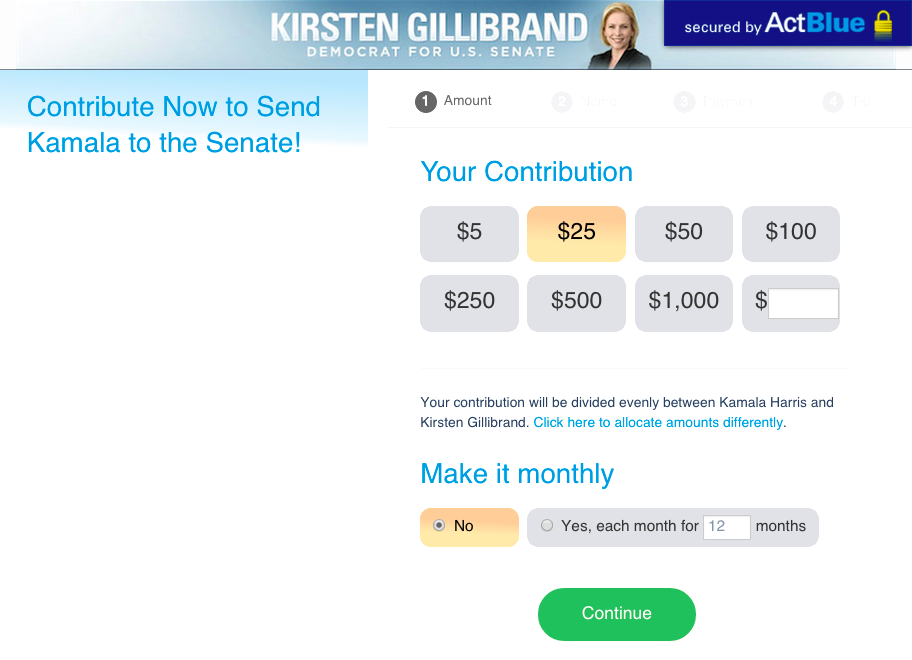 So how successful was our A/B test? We saw a 7.16% overall improvement in conversion. That’s unheard-of-huge. We’ve done so many optimizations of our forms that we cheer for a test that leads to a 0.5% increase in conversions.

Part of that overall group consisted of non-Express users (people who haven’t saved their payment information with us) who land on our traditional multi-step form. Among that group we saw a 26% improvement in getting people to move from the first step of the process (choosing an amount to give) to the second step (entering their information).

There are so many candidates and organizations running really thoughtful tandem fundraising campaigns, and this is going to mean a huge bump for them. If you have questions, or want to tell us about a tandem campaign you’ve run, let us know at info AT actblue DOT com. We want to hear from you!