One of the most beloved features on ActBlue is Tandem Fundraising, and lately it’s been hugely popular. It’s a feature that is exclusive to our platform and allows folks to raise money for multiple groups on a single form. Organizations and small-dollar donors alike have been hard at work in recent weeks, building forms with multiple Democratic nominee funds or candidates they’d like to support, and giving millions of dollars to Tandem forms to help oust House GOPers in 2018.

Meanwhile, campaigns and organizations have been using ActBlue’s Tandem Fundraising feature to raise money for multiple candidates running in elections across the country. And as the election cycle heats up, Tandem forms will be a great way for campaigns using our tools to team up and raise money together.

We just introduced a new feature to make Tandem Fundraising forms even better. Now, when you’re raising for multiple groups on a single form, you can opt to have us randomize the order of the groups on the form each time it reloads.

When a donor lands on the form, they’ll be able to pick one contribution amount to split evenly among all the groups listed on the page. If they want to give individual amounts to certain groups, they can do that by clicking the linked text on the form. 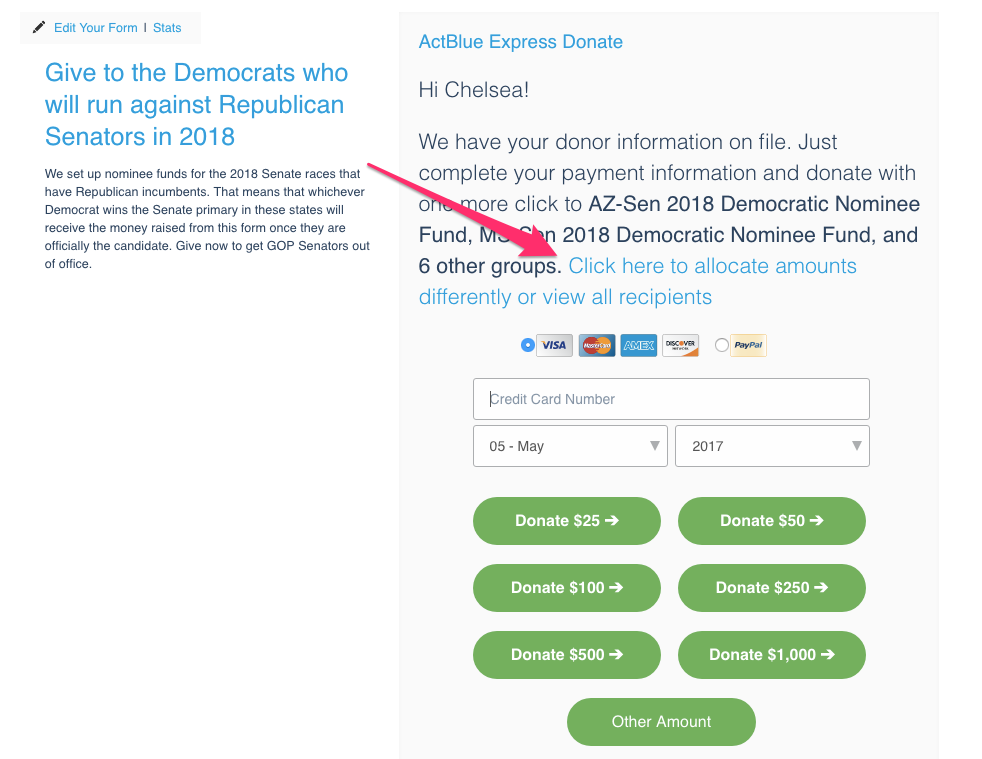 The list will expand and donors will be able to see every group on the page. At that point, they can enter an amount in the “Split it!” box to divvy their contribution up evenly, or enter individual amounts next to the groups they want to support.

In that case, it can turn out that the first couple of groups on a form will receive more funds, simply because that’s where the donor lands first. But we know it’s important that each group on a form gets exposure to donors, so this new feature will shuffle the list that donors see each time the form is loaded. 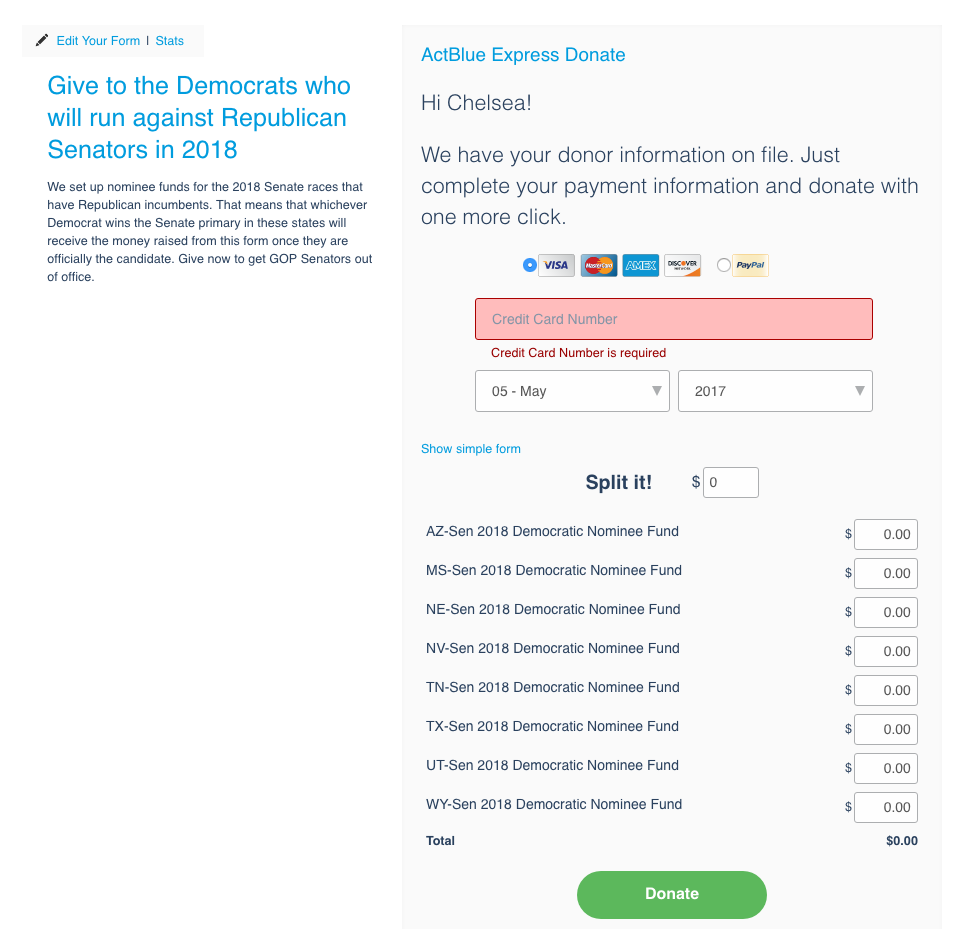 What this means for campaigns, organizations, and donors creating contribution forms:

Randomizing the order in which different groups display on your contribution form is easy! Once you’ve created your form just head to the Edit tab: 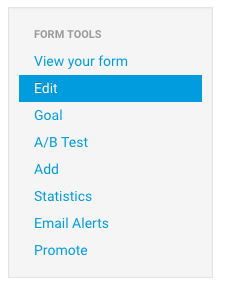 Click on Options to see a dropdown menu with customizations and edits you can make to the form. Check off “Randomize the order of the groups on your contribution form.” Scroll down and hit save. It’s that simple!

With the box checked, every time the form is loaded, the groups on the form will randomize in a different order.

If you don’t want to randomize the groups on your form, just leave the box unchecked and the groups will appear in the same order in which you added them.

You can also scroll to the bottom of your form’s Edit tab and manually drag and drop the groups you’re working with to shuffle them in a different order.

Tandem Fundraising is proving to be a key tool in the resistance movement. With tandem forms, donors can give quickly to multiple candidates and organizations they care about, or they can build their own contribution forms listing groups they want to support and rally their networks to give. And it’s also a great way for candidates and organizations working toward the same goals to work together and maximize their fundraising.

We hope this will help make the Tandem Fundraising process even easier and more effective, especially in these unpredictable times. If you have questions or comments about this new feature just drop us a line at info@actblue.com.