There were several crucial state and local elections across the country on November 5, and grassroots activists and small-dollar donors powered Democrats to victory in many of them! Folks invested time and money in their state and local races like never before because these offices have a huge effect on our day-to-day lives.

Democrats flipped both the House of Delegates and the State Senate in Virginia, securing control of the state government for the first time in the 21st century! And in Kentucky, a traditionally red state, Democrat Andy Beshear is the governor-elect.

Millions of small-dollar donors and thousands of activists all over the country made these and many other wins possible. Election Day 2019 is an exciting example of how more people are participating in our democracy than ever before! And it was definitely not an off-year for small-dollar donors: They doubled their contributions to state legislative races on ActBlue in Q3 ’19 compared to Q3 ‘17!

Grassroots donors also directed their money to where it would make the most impact. Many groups organizing around state and local elections created Tandem forms on ActBlue, which enabled donors to give to multiple candidates with a single click. This tool was particularly successful in Virginia, where the entire state legislature was up for election. Grassroots donors contributed $1.8 million — a sixth of all the money raised on ActBlue for Virginia candidates — via Tandem forms in this election! Here are two Tandem examples from Virginia that made it easy to give to multiple highly competitive campaigns in a single click: 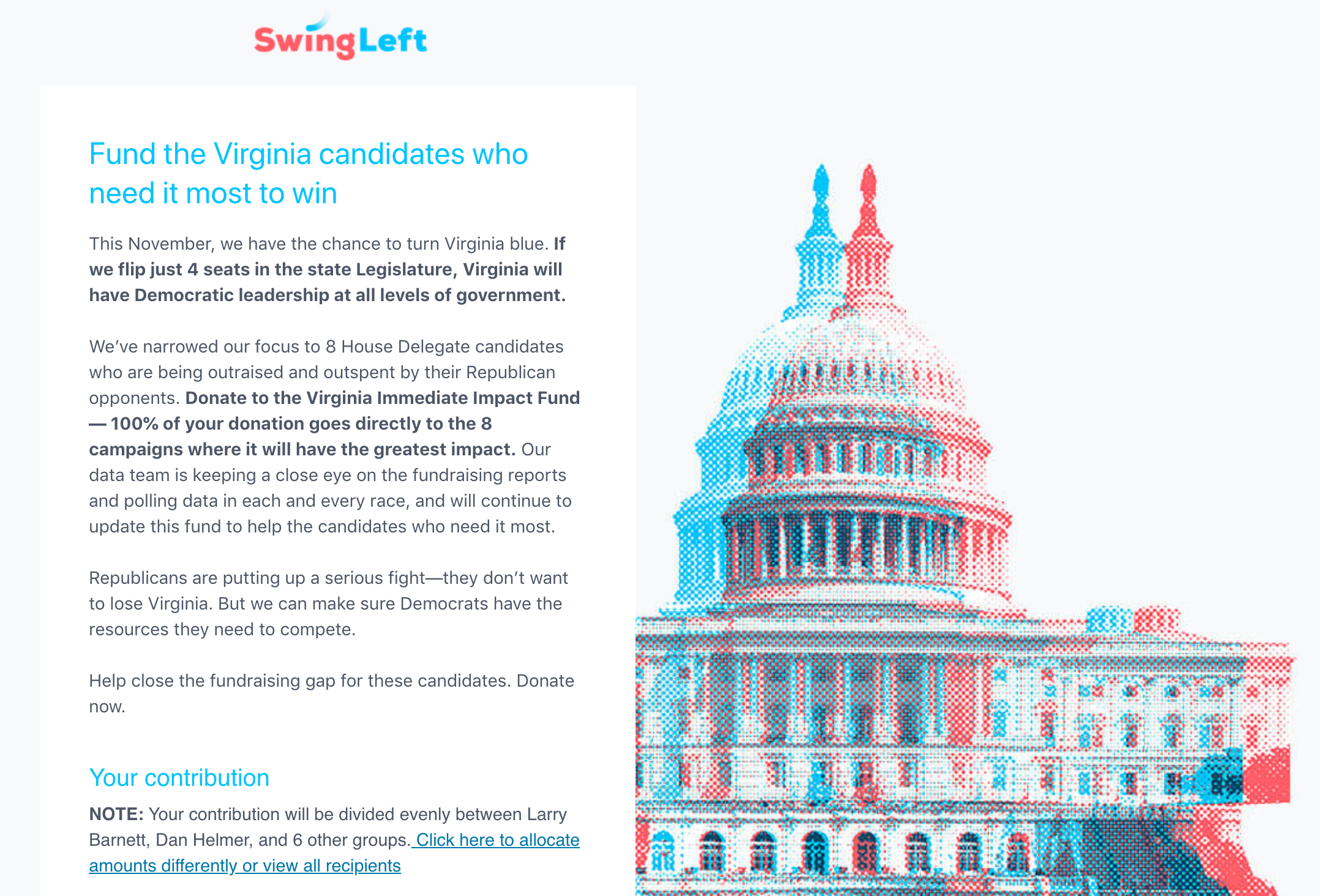 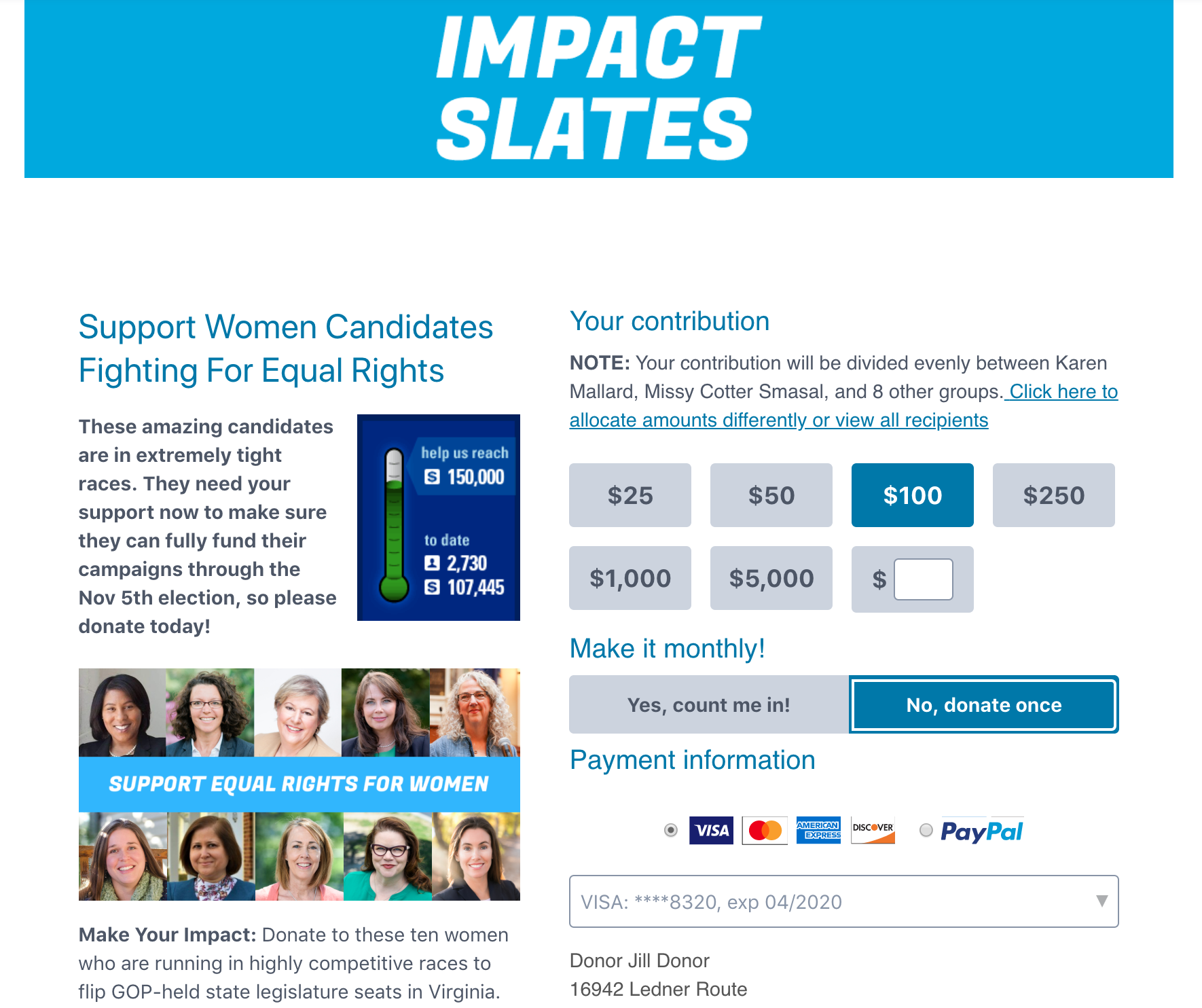 But the engagement doesn’t stop with contribution forms: Small-dollar donors do much more than give! They vote, get the word out, and bring more people into a cause. The 2019 election is a great example of this.

Organizations like MobilizeAmerica, a volunteer management platform, help make record turnout numbers and huge Democratic wins happen by harnessing the power of the grassroots. In Virginia, volunteer activity through MobilizeAmerica was approximately five times the volume from 2017 — that’s over 15,000 volunteer shifts, 4,900 of which happened in the week leading up to the election!

Thousands of people did the vital work of going door-to-door, making calls, and asking people the simple question: What is your plan to vote? These efforts continued online too: 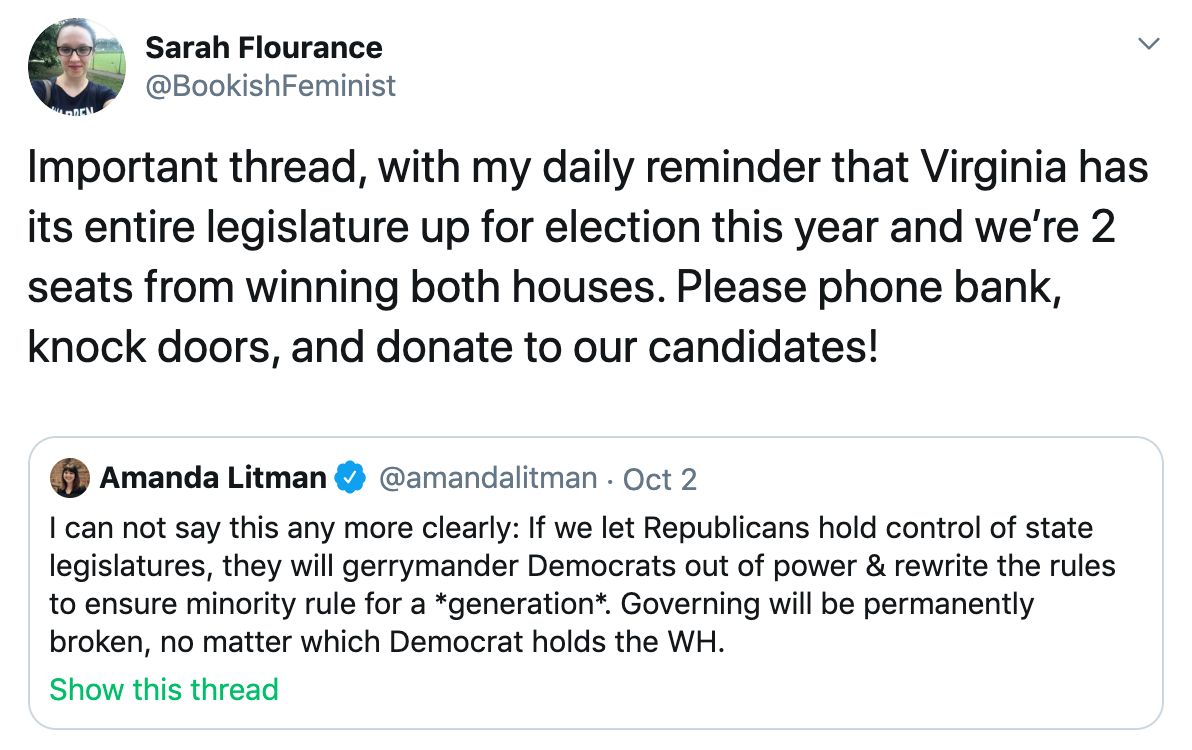 The organizing that went into this election and its results lay the groundwork for 2020! Democrats, from grassroots donors to elected officials, will now have a voice in critical decisions and have tested strategies to take across the country. We can’t wait to see where this momentum will lead us. Check out our Twitter to stay updated on how small-dollar donors are making change happen across the country! 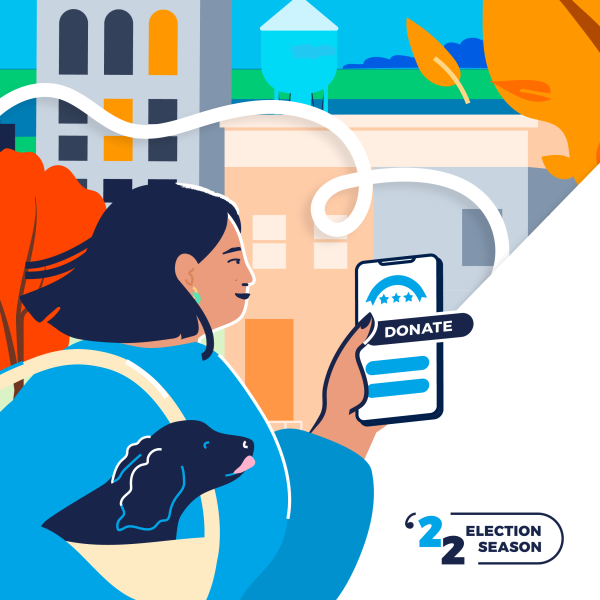