In the fast-paced digital campaigns world, if you’re not innovating and testing constantly, you’re headed for obsolescence. And, more importantly, you’re letting your users down, especially those in short-term competitive environments (aka elections). At ActBlue, we’re always developing our platform with metrics-driven decision making, aka testing.

The result is that today’s ActBlue isn’t the same as the ActBlue of a month ago, and that’s a great thing. Sometimes our tests fail. Others result in a barely statistically significant bump in conversion rates. But that’s ok because all of those little bumps add up. Occasionally we hit on a big winner that dramatically increases conversion rates. We do it in a methodical, constant way that allows us to identify improvements big and small.

One advantage we have is the sheer volume of contributions we process, which allows us to A/B test small tweaks to the form and get statistically sound results. If one organization tried running an identical test on their own, they’d never be able to identify as many improvements.

We’ve got thousands of campaigns and organizations counting on us to have the best system possible, so they can focus on winning. It drives our work and testing every single day.

Our tech team make changes to the platform daily. Some are minor tweaks, others major changes. They’ve developed a rock-solid platform where we can easily roll out significant feature or a layout change, even in the middle of the crazy busy end-of-quarter period. And that’s no easy feat, but a deliberate design choice so we can be as nimble as the party needs.

Today we thought we’d roll back the curtain just a little bit and break down some of our favorite A/B tests from the past few months.

We know from our data that a lot of donors mark retired or unemployed on the forms and we wanted to see if we could use that knowledge to increase conversions. Turns out: yes! We A/B tested our normal form with one that has a checkbox they can click if they’re not employed. The checkbox automatically provides us with the information, which fulfills the legal requirement and bumps up conversion rates.

We saw a 4.7% improvement in conversions (p < 0.05, for those of you keeping score), so we switched over to the new checkbox version. Bonus points for cutting waaaaay down on customer service questions about the occupation/employer boxes.

All of these tests ended without statistically significant results, but that was a win for us, because it meant we could make our forms less cluttered. If a feature isn’t adding value, that means it’s time to go. And bye bye those three things went on every single form in our system.

You can see the evolution of the Employment section below.

We already wrote a whole blog post about this test, but it’s worth mentioning again here. This was one of those big wins, with a 25.86% increase in conversion rates with 99% significance. That was after just a few days of running the test. We had tested multi-step contribution forms a few years back, and they lost to our standard one page forms, which just goes to show how important it is to test and test again. 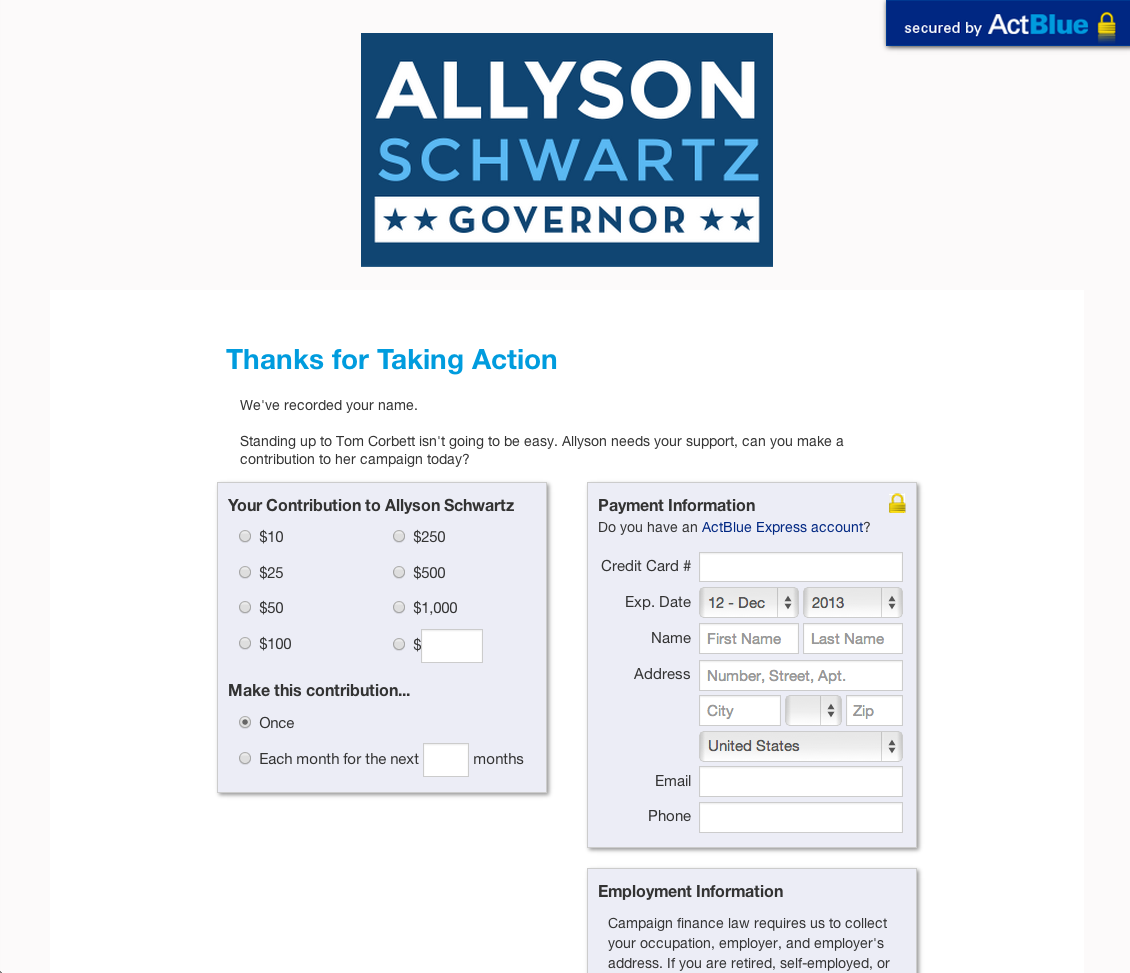 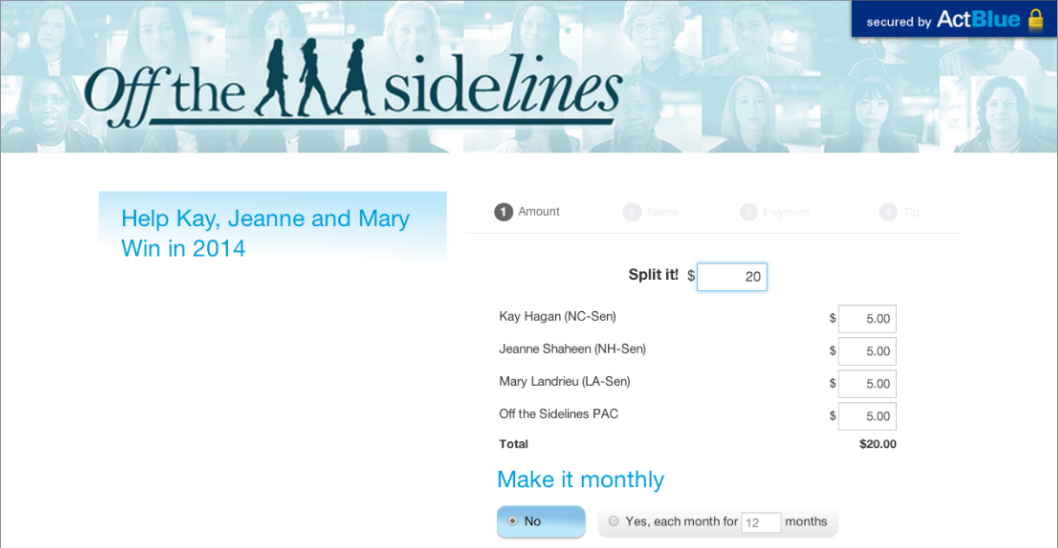 We do one thing at ActBlue and we’re the best at it in the business. And the biggest reason is that we’re constantly upgrading our platform. We push changes out to everyone ASAP so that thousands of campaigns and groups big and small can get the best right away.

In a few months when we get down to the crunch of election time, know that we’ve got your backs and you will always be using the most optimized and tested form out there.