Grassroots donors showed they are here to stay and ready to fuel movements across the country in Q3. 2 million donors gave over 8.6 million contributions to 12,676 groups on ActBlue, totalling more than $305 million. Compared to the previous midterm cycle mark in Q3 2017, the number of donors, contributions, and groups on ActBlue more than doubled. Dollars raised nearly tripled. While the summer is traditionally a slower fundraising time, small-dollar donors continued to demonstrate their energy and enthusiasm for supporting candidates up and down the ballot and organizations fighting for change, and responded to challenges including continued attacks on voting rights at the state level and the Texas anti-abortion legislation.

More and more groups continue to build support from grassroots donors: Q3 2021 was the third largest quarter in ActBlue’s history by number of groups fundraising. And new donors aren’t just giving to federal races — they’re also investing in down-ballot races, movement-building groups, and more: So far, 52.1% of first-time donors this election cycle have given their first gift to a non-federal campaign or organization.

Overall, these numbers show folks are committed to helping Democrats keep the House and Senate ahead of 2022, electing Democrats in state and local elections, and driving progressive change in this country. 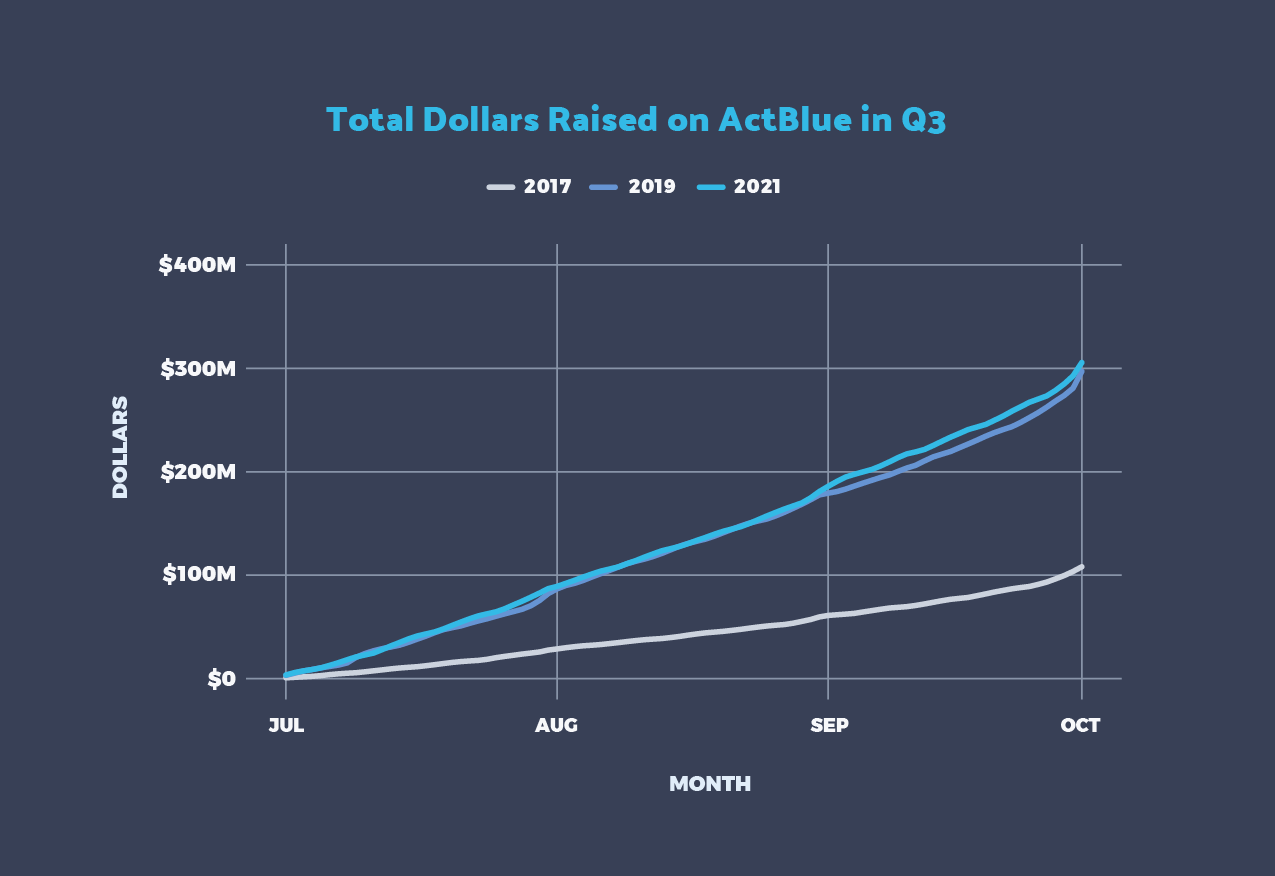 Small-dollar donors came out to support urgent causes, fighting against extreme anti-abortion legislation passed by Republicans in Texas, and organizing relief in response to natural disasters and refugee needs.

Small-dollar donors understand the significance of state and local policies now more than ever as state legislatures are passing legislation to criminalize reproductive rights, dismantle health and safety protections, and disenfranchise voters. In the buildup to state and local elections this year and next, grassroots donors joined the movement and organized to support state and local candidates working for them.

Candidates for statewide office with an election in the 2022 cycle saw an outpouring of support from grassroots donors. In comparison to Q3 2017:

Grassroots donors are showing an unparalleled commitment to change. Everyday, we see more and more folks joining the movement and are inspired by the growth across the country. In the Sun Belt and the South especially, more and more people are giving to support candidates and movements locally and nationally. 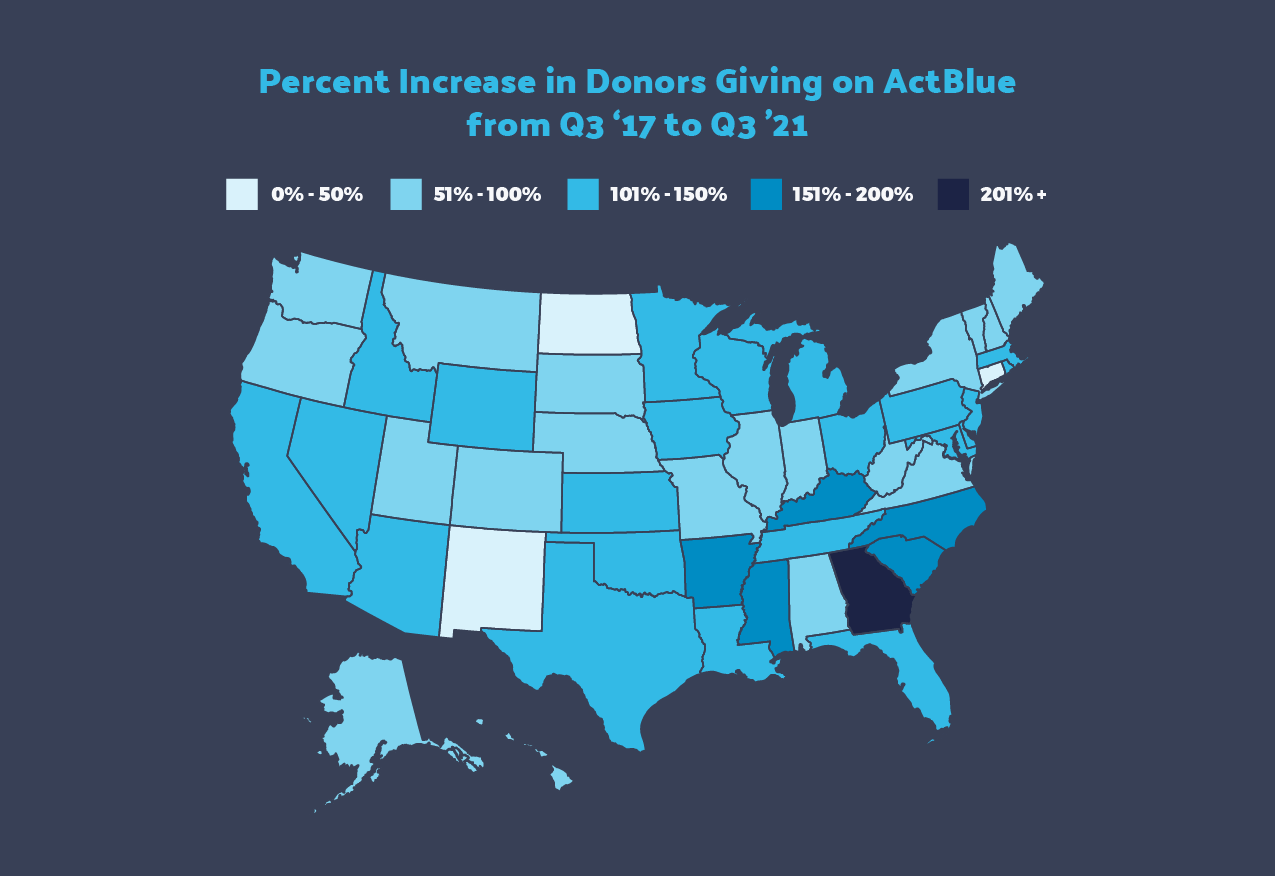 Folks are also taking giving into their own hands more than ever before. At ActBlue, we have been building out our donor engagement tools, including making it even simpler for ActBlue Express users to give directly from their account, so that donors who already know who they want to give to can do so quickly and easily. Since we always want to make giving as frictionless as possible, we offer a wide range of payment options in addition to ActBlue Express accounts: Google Pay™, Apple Pay®, and PayPal™!

We see every day how donors are invested in helping Democrats win and in fighting for progressive change — pushing forward movements for racial, social, economic, and environmental justice. We are excited to continue to support movement leaders and activists with the best online fundraising tools and strategies. Follow all the action by following @actblue on Twitter and @actblueorg on Instagram!

Google Pay is a trademark of Google LLC.